Yesterday some of the biggest fans of the Saints and Soldiers movies, as well as media, were invited to the filming of a question-and-answer round table. Hosted by Shadow Mountain, and held at the historic Fort Douglas museum, the meet-and-greet brought together the main actors and directors as they reminisced about how a student film became a three-movie international franchise.

The whole project began as an idea in director Ryan Little’s head about a bar scene where a German and American soldier must get along. The student short film cost a total of $2,000. From there, the ideas blossomed into the first Saints and Soldiers movie, which originally garnered an R rating. Staff lobbied to have the rating changed after they were repeatedly told “the problem is that you feel the impact more if it contains personalized violence. You care about the characters.”

Filming on Saints and Soldiers (S&S) began in January, which was picked because it was thought it would be the snowiest month in Utah. But not enough snow meant using potato flakes instead! Corbin Allred had just returned from his LDS mission and was working in mainstream acting in L.A. He was approached by director Ryan Little, accepting a role as Deacon.

The first Saints and Soldiers was entered into 16 film festivals, was accepted by each festival, and eventually won every single one. From there, the award-winning franchise took off with an “ethos of exploring human experience with conflicting circumstances.”  Each movie has to do with how we judge others, and the choices that have to be made.

Installment number three, which hits theatres August 15th, continues this theme. As Daynor Gerald, actor in The Void explains: it’s a story about “how we reconcile our inner conflict with the external conflict. A black guy caught in the middle of white guys as a commanding officer.”

“This is real life good versus evil; the struggles are relateable. Generations from now father and son will sit down and watch Saints and Soldiers together.”

As part of preparation for his part, Daynor chose to get his meal last, after everyone else, during the filming. Re-enactors came from all over the country to participate in the shooting — most of which took place in Alpine, Utah.

The interactions with veterans of war and their relatives was the most rewarding part of the process. S&S was screened at Pearl Harbor with a room full of soldiers in their whites, and Airborne Creed was shown at Ft. Benning. Corbin Allred was moved by “what the armed forces have done for us, the sacrifice. We don’t want to let the stories of history fade away.”

Adam Gregory adds “who and what is American is written all over these films.” 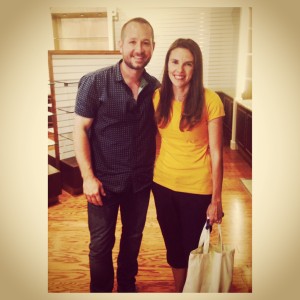 I was honored to be a part of the filming and get to meet each member of the round table. Watch for an orange t-shirt in the DVD extra feature 🙂 Special thanks to Deseret Book and Excel Entertainment for the VIP treatment and swag!

See my iphone photos from the event on smugmug.

Meet the Actors and Director 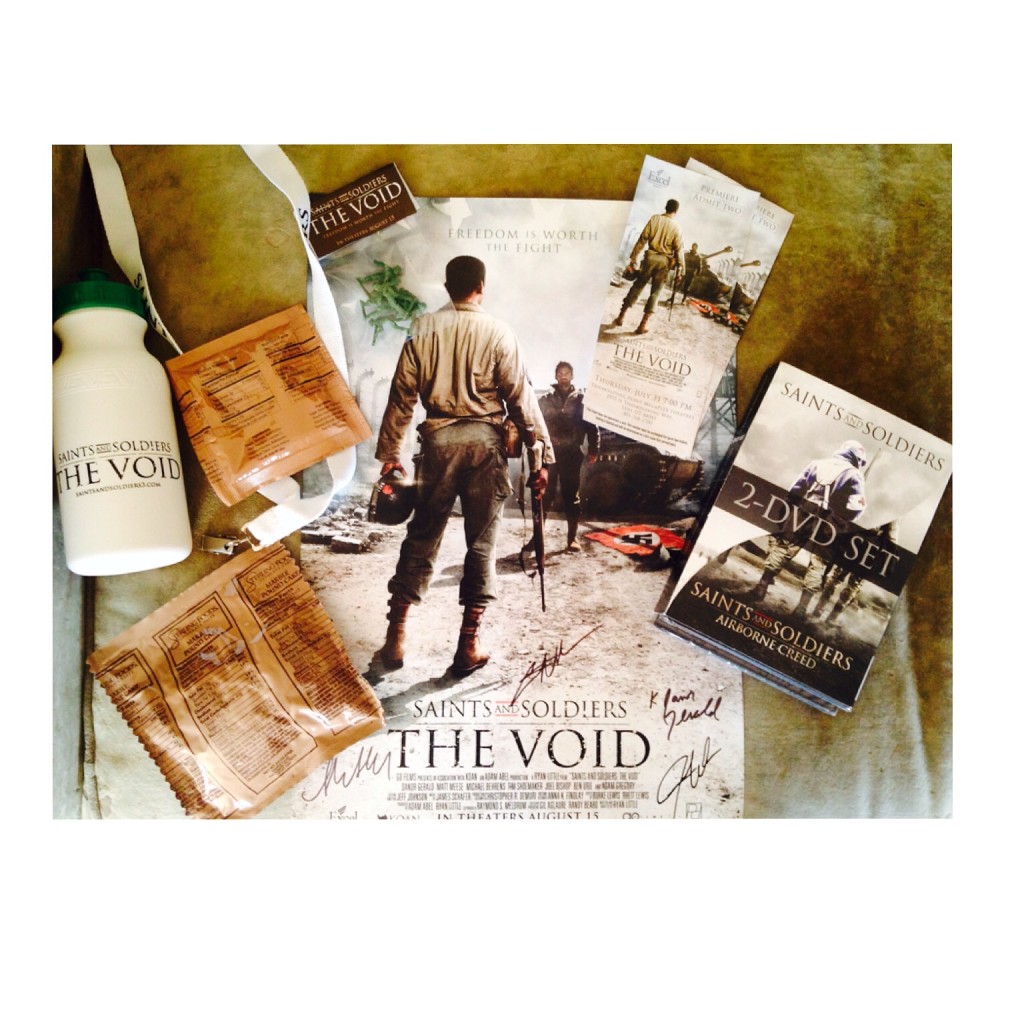 Must be 18 or older.
a Rafflecopter giveaway