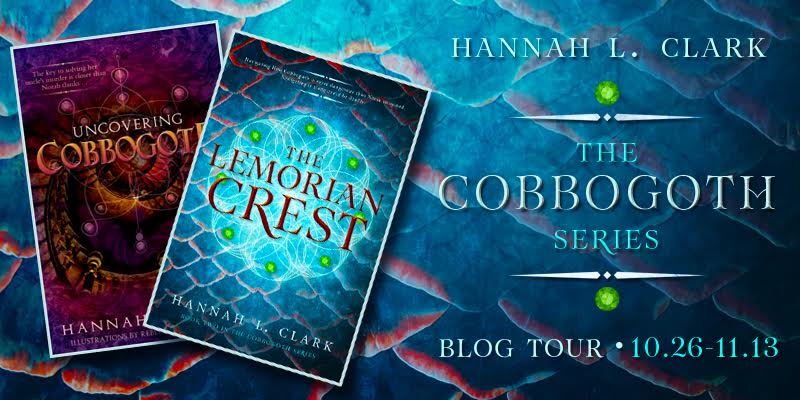 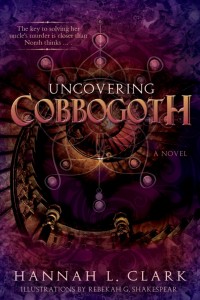 Norah Lukens needs to uncover the truth about the fabled lost city of Cobbogoth. After her archaeologist uncle’s murder, Norah is asked to translate his old research journal for evidence and discovers that his murder was a cover-up for something far more sinister.

When she turns to neighbor and only friend James Riley for help, she realizes that not only is their bitter-sweet past haunting her every step, but James is keeping dangerous secrets. Can Norah discover what they are before its too late to share her own. 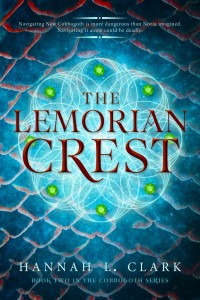 After being raised from infancy in Boston, Mass., Noria (a.k.a Norah Lukens) has no idea what to expect upon entering New Cobbogoth, where she never would have guessed that paths of light can make you vanish; doors can lead to realms both near and far; myths and legends are actual history; a mere kiss can seal two souls as one; and, of course, a stone is never “just a stone.” Her Uncle Jack’s stories never could have prepared her for the magical and dangerous place her native realm is turning out to be.

When the Gihara’s promises begin to crumble, her best friend and soul-mate Jamus (a.k.a. James Riley) is in more danger than ever. Then when his father Lylend abandons her to search for an ancient relic called The Lemorian Crest and she is taken captive by the very people she’s risked everything to save, Noria begins to lose faith in the Cobbogothian gods and the mission they sent her home to accomplish.

Only when a series of new friendships and loyalties are forged in the most peculiar of places, does Noria dare hope again. Hope for Jamus’ safety, for their future together, and for the survival of the entire Cobbogothian race.

Tell us about your interest in rocks and hidden civilizations

I’ve been interested in rocks since I was around three and my big sisters told me that if I buried a piece of coal in my backyard, then one day it would become a diamond. Of course, they failed to tell me that it would take thousands of years (and then some) for the coal to become that diamond. But alas, there was something magical about the idea, and stones became magical in my imagination from then on.

For example, when I was around five or six, my mom let me pal around with a hammer in search of “diamonds,” in the yard. One time, after busting a particularly ugly rock open, I found a geod, so that was cool. Mostly though, I just liked to collect pretty colored pebbles, and then use my hammer to smash them up into powder. I used my “pebble dust” for healing potions when we played war and similarly deadly games with the neighborhood kids.

As far as my interest in hidden civilizations goes, I’ve always been fascinated with the legends of the lost city of Atlantis and the Hyperborean. Who hasn’t, right? In the bible—particularly Isaiah—there are prophecies that talk about the lost ten tribes of Isreal returning from the north. I have some interesting family folklore that interprets “lost” and “North” to mean that the ten tribes are actually literally living somewhere like the North Pole waiting for God to command them to return. (I personally don’t believe this very literal interpretation of this particular prophecy, but as a kid, it sure was fun fodder for an epic fantasy story.)

I also love anything mysterious and unexplained—like Machu Picchu or Elderado. I love watching Ancient Aliens—mostly because of that one doctor’s wild hair (I mean, seriously? He has the “mad scientist” look down)—but also because of the ancient mysteries there, and the idea of hidden alien races living among us at one time. I even secretly suspect that a race of mermaids, in one form or another, actually existed—you know, like in the movie The Abyss. Hey! Maybe that’s what really happened to Atlantis.

All right, I’m really just messing with you about the mermaids, but there is a mermaid legend in almost every civilizations’ mythology. Without channels of mass communication like we have today, how could that be possible if there wasn’t at least something real to base it on. 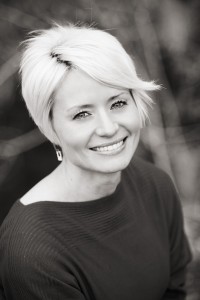 Hannah L. Clark lives with her husband and two children in the Rocky Mountains. She has always known she would be a storyteller. In 2006 she graduated from Utah Valley University with a bachelor’s degree in English and immediately began writing her first novel.

Uncovering Cobbogoth was Clark’s first book in the seven book Cobbogoth series—a YA fantasy series based on her mythological brain-child, The Legend of the Cobbogothians. It was released in May 2014 through Cedar Fort Publishing. Book 2 in the series, The Lemorian Crest will be released in Summer 2015.

Clark loves running, mythology, singing while playing the guitar, herbal tea, escaping into imaginary worlds, and being with her peeps. Like her heroine Norah, she also kind of believes that trees might have souls, but must clarify that she has never hugged a tree. The closest she has ever come to that kind of bizarre behavior was the time she hugged the pillars outside Harry Potter Land. Which, all things considered, is not bizarre at all if one takes into account how exquisitely happy she was to finally be there.