I am thrilled to be hosting a spot on the STAR WARS: QUEEN’S HOPE by E.K. Johnston Blog Tour hosted by Rockstar Book Tours. Check out my post and make sure to enter the giveaway! 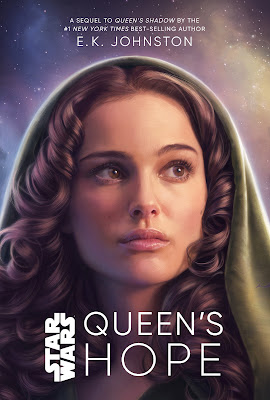 A peace-loving senator faces a time of war in another thrilling Padmé Amidala adventure from the author of the New York Times best-sellers Queen’s Peril and Queen’s Shadow!

Padmé is adjusting to being a wartime senator during the Clone Wars. Her secret husband, Anakin Skywalker, is off fighting the war, and excels at being a wartime Jedi. In contrast, when Padmé gets the opportunity to see the casualties on the war-torn front lines, she is horrified. The stakes have never been higher for the galaxy, or for the newly-married couple.

Meanwhile, with Padmé on a secret mission, her handmaiden Sabé steps into the role of Senator Amidala, something no handmaiden has done for an extended period of time. While in the Senate, Sabé is equally horrified by the machinations that happen there. She comes face to face with a gut-wrenching decision as she realizes that she cannot fight a war this way, not even for Padmé.

And Chancellor Palpatine hovers over it all, manipulating the players to his own ends…

REVIEW: Having watched all of the Star Wars films multiple times, reading YA literature that supports the main storyline was a new experience. I enjoyed hearing the backstory behind Padme and her handmaidens as well as the political machinations of Palpatine’s puppets. In this installment, Padme and Anakin are on the verge of marriage, which must be done secretly. Her handmaiden must take over for her in the Senate and their world is on the verge of the Clone Wars. There are all of the characters Star Wars fans will recognize as well as rich world building and slowly developing side plots which add to the original storyline. While this book was outside of my typical reading selections, I found the world immersive and it added to my experience with a well known movie series. It was well written and the political intrigue as well as believable characters make this a rich supplement for fans of Princess Leia. Thanks to Rockstar Book Tours and the publisher foe the copy as a part of the official book tour. Put this canon on your to be read list! 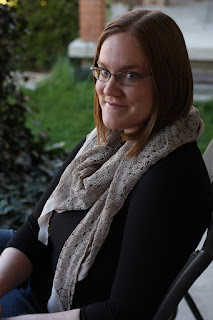 E.K. Johnston had several jobs and one vocation before she became a published writer. If she’s learned anything, it’s that things turn out weird sometimes, and there’s not a lot you can do about it. Well, that and how to muscle through awkward fanfic because it’s about a pairing she likes.You can follow her on Twitter (@ek_johnston) to learn more about Alderaanian political theory than you really need to know, on Tumblr (ekjohnston) if you’re just here for the pretty pictures, or online at ekjohnston.ca.

1 winner will receive a finished copy of STAR WARS: QUEEN’S HOPE, US Only.