Fire and Ice is hosting today’s stop on the CURSE OF THE SPECTER QUEEN by  Jenny Elder Moke Blog Tour hosted by Rockstar Book Tours. 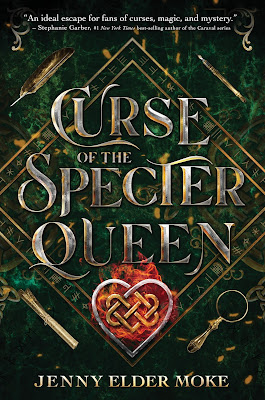 A female Indiana Jones meets Tomb Raider when Samantha Knox receives a mysterious field diary and finds herself thrust into a treacherous plot. After stealing a car and jumping on a train, chased by a group of dangerous pursuers, Sam finds out what’s so special about this book: it contains a cipher that leads to a cursed jade statue that could put an end to all mankind.

Samantha Knox put away her childish fantasies of archaeological adventure the day her father didn’t return home from the Great War, retreating to the safety of the antique bookshop where she works. But when a mysterious package arrives with a damaged diary inside, Sam’s peaceful life is obliterated. Ruthless men intent on reclaiming the diary are after Sam, setting her and her best friend, along with her childhood crush, on a high-stakes adventure that lands them in the green hills outside Dublin, Ireland. Here they discover an ancient order with a dark purpose – to perform an occult ritual that will raise the Specter Queen, the Celtic goddess of vengeance and death, to bring about a war unlike any the world has ever seen. To stop them, Sam must solve a deviously complex cipher – one that will lead her on a treasure hunt to discover the ancient relic at the heart of the ritual: a bowl carved from the tree of life. Will she find the bowl and stop the curse of the Specter Queen, or will the ancient order bring about the end of the world?

Indiana Jones gets a refresh with this female-driven mystery adventure, set in the 1920s, full of ciphers, ancient relics, and heart-stopping action – the first in a brand-new series!

Advance praise for CURSE OF THE SPECTER QUEEN:
“Pure fun from start to finish. Curse of the Specter Queen is a delightful historical romp, riddled with cryptic puzzles, hints of romance, and an adventurous cast of characters. An ideal escape for fans of curses, magic, and mystery.”—Stephanie Garber, #1 New York Times best-selling author of the Caravel series

“This lush, high-stakes, adventure tale has it all—a rollicking plot, a sweet slow burn of a romance, and a heroine on an epic journey filled with ciphers, curses, and twists that kept me guessing at every turn. A delightful read from start to finish, Curse of the Specter Queen is one of my new favorites.”—Alyson Noël, #1 New York Times bestselling author of The Immortals

“Apocalyptic curses, blood-chilling demons, and a centuries-old treasure hunt with a brilliant bookish heroine. Curse of the Spector Queen had me feverishly turning pages until I finally arrived at the epic conclusion.”—Livia Blackburne, New York Times best-selling author of Rosemarked and Midnight Thief 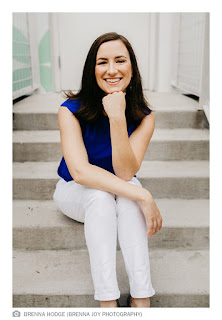 Jenny Elder Moke writes young adult fiction in an attempt to recapture the shining infinity of youth. She worked for several years at an independent publisher in Austin, TX before realizing she would rather write the manuscripts than read them. She is a member of the Texas Writer’s League and has studied children’s writing with Liz Garton Scanlon. She was a finalist in the Austin Film Festival Fiction Podcast Competition in 2017 for her podcast script, Target. When she is not writing, she’s gathering story ideas from her daily adventures with her two irredeemable rapscallions and honing her ninja skills as a black belt in Tae Kwon Do. Jenny lives in Denver, CO with her husband and two children.

3 winners will receive a finished copy of CURSE OF THE SPECTER QUEEN, US Only.