I am thrilled to be hosting a spot on the THE RECLAIMED KINGDOM by Dana Claire Blog Tour hosted by Rockstar Book Tours. Check out my post and make sure to enter the giveaway! 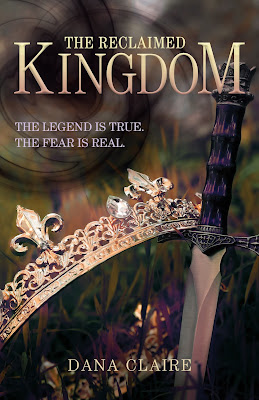 Read for FREE with a Kindle Unlimited membership!

Under the cruel ministrations of its Queen, the Kingdom of D’Land is in peril. With King Harrison away in foreign lands and neighboring Kingdoms unwilling to intervene, there is no one to protect the people from poverty, harsh punishment, and unreasonable rules of law – except for the Band of Brothers. Struggling with the death of her mother and the legendary Syphon powers she inherited, seventeen-year-old Dru wants nothing more than to escape her old life and join the motley crew of ruffians, pilfering from the rich to feed the poor and pay their taxes. She’s able to do just that disguised as a lad, and even when her nature is discovered, nothing changes – except for the way her friend Hawkin treats her. But Dru’s new world is overturned when she and the Brothers seize the treasures of a Prince who threatens to reveal her identity. Together, Dru and her chosen family must find a way to reclaim her destiny and bring balance to the Kingdom. If not, there may be no hope left for anyone.

If you like Robin Hood, Snow White and the Huntsmen, From Blood and Ash, or Graceling, this book is for for you. 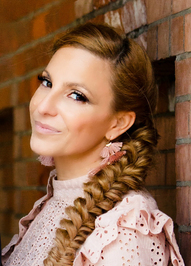 When author Dana Claire had several poems published as an elementary school student, she was hooked and writing became her passion. A shared dream of hers and her mother’s, she promised her dying mother that she would become a published author and that dream has been realized with The Connection.

Dana believes that a good story is made through strong character development; when readers become attached to the characters’ emotional state and are invested in their objectives. She believes that the beauty of reading is that one can live a hundred lives within the stories of books. Her own stories come to her in her dreams, and she wakes up with book ideas.

Dana’s family is very supportive of her writing and the creativity and sentiment driving it. Enjoying bicoastal living between Los Angeles and New York, Dana says she “lives the best romance in the world being married to the most amazing man she could ever ask for.” The Connection was her debut YA novel, the first volume in the Blood-Light trilogy. The Reclaimed Kingdom is her second novel.

This remake of Robin Hood with a fantasy fairy tale twist is full of action! Dru is living among the thieves of the forest, reclaiming from royalty what is taxed and redistributing property to keep the people alive. She’s a syphon with supernatural powers, disguised as a boy for her pillaging. Hawkin, one of the band of brothers is raising Pea on his own after his village was attacked and destroyed. The two become a support to one another and possibly more. In a chance encounter they meet with Dodge, a Royal Prince who makes the balance tilt in Dru’s universe.

I loved the pacing of the book and the unique retelling of old mythical tales. My only setback was the battle scenes which were a bit too violent, gory and graphic for me. It was mid evil times, so it’s realistic to the period,but not fun to read. I also wish the relationship between Dru and Dodge would have been more fleshed out and more showing, less telling. That being said, I was fully engaged the entire time and am happy there’s a sequel where the characters have a chance to be fully fleshed out. With a villain worthy of a Disney movie and a page turning plot, this is a fantastical adventure!