I am thrilled to be hosting a spot on the SCHEME by Jennifer Sommersby Blog Tour hosted by Rockstar Book Tours. Check out my post and make sure to enter the giveaway! 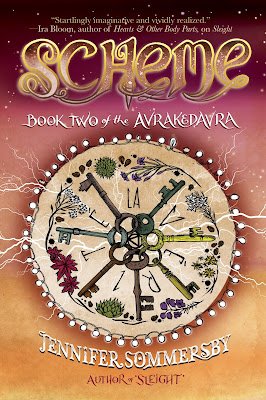 The key to good is found in truth.

Genevieve may have left the circus behind in Oregon, but there is plenty of show still to come.

When she and Henry land in France, they are whisked away to Croix-Mare, the home of Henry’s grandfather, Nutesh, where they will prepare for a journey they never could’ve imagined. Now that they have all three AVRAKEDAVRA texts—Life, Death, and Memory—the books must be destroyed in the Undoing.

However, it’s not as simple as taking the books to their birthplace in Babylon and setting them alight. Genevieve and Henry must rely on unexpected allies as they embark on a harrowing global search to acquire pieces necessary to complete the Undoing. They’re offered cover and protection by La Vérité, the secret network of followers devoted to the message of the AVRAKEDAVRA, who, not surprisingly, are found under the big top—because no one does underground quite like the circus.

But loyalties among the magical community are fragile. Genevieve, still grieving the loss of her mother, now struggles to control the new AVRAKEDAVRA-bestowed gifts, and with mounting threats to her psyche and body, she clings mightily to the promise of a brighter future once this is over—if they can survive it. And Henry, broken by his father’s treachery but entranced by the heartwarming connection his family’s text has granted him, grapples with the fact that once they succeed in destroying the books, he’ll lose the only family he has left.

Together, our two young heirs will learn that when hope has abandoned us, the overwhelming love of friendship and family is all the magic we need. 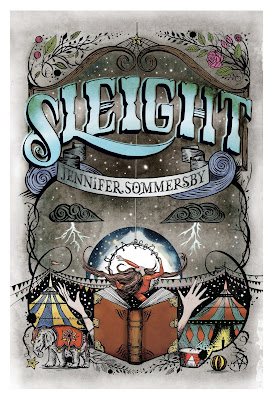 Delia smiles at the shadow only she sees—

Something slams into her. The lyra whirls like a half-dollar spinning on its edge.

My mother is thrown backward.

Growing up in the Cinzio Traveling Players Company, Genevieve Flannery is accustomed to a life most teenagers could never imagine: daily workouts of extravagant acrobatics; an extended family of clowns; wild animals for pets; and her mother, Delia, whose mind has always been tortured by visions—but whose love Geni never questions. In a world of performers who astonish and amaze on a daily basis, Delia’s ghostly hallucinations never seemed all that strange . . . until the evening Geni and her mother are performing an aerial routine they’ve done hundreds of times, and Delia falls to her death.

That night, a dark curtain in Geni’s life opens. Everything has changed.

Still reeling from the tragedy, the Cinzio Traveling Players are also adjusting to the circus’s new owner: a generous, mysterious man whose connection to the circus—Geni suspects—has a dark and dangerous history. And suddenly Geni is stumbling into a new reality of her own, her life interrupted daily by the terrors only Delia used to be able to see.

As the visions around her grow stronger, Geni isn’t sure who she can trust. Even worse, she’s starting to question whether she can trust her own mind.

“Fantasy readers will fall in love with Sleight. Like a circus, it’s an intoxicating mix of beauty, humor, magic, and danger that means the reader can’t bear to look away until the final page.” —Eileen Cook, author of With Malice

Review: With a cast of interesting chracters, colorful backstory and action packed plot, I enjoyed Scheme. The relationship between Geni and Henry is solid. They compliment one another. It was refreshing to see positive adult models and mentors in their lives to guide their journey. Magic, circus elements, and fantasy make a menagerie of an adventure. A unique and spellbinding read. Content: moderate violence, swearing. 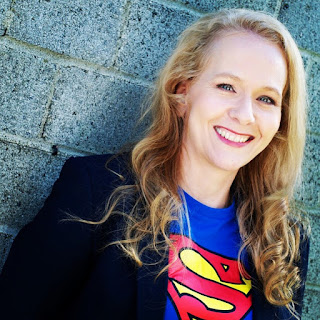