I am so excited that SLOW DANCING ON MAIN STREET by Courtney Giardina is available now and that I get to share the news!

If you haven’t yet heard about this wonderful book by Author Courtney Giardina, be sure to check out all the details below.

This blitz also includes a giveaway for a $25 Starbucks Gift Card and signed finished copies of SLOW DANCING ON MAIN STREET AND BEHIND THE STRINGS, courtesy of Courtney and Rockstar Book Tours. So if you’d like a chance to win, enter in the Rafflecopter at the bottom of this post. 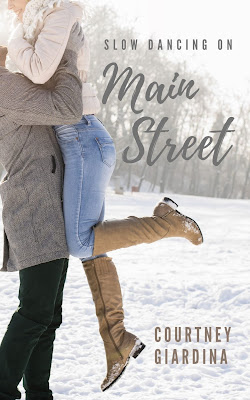 When Celia Westbrooke was forced to face her past in the heart of Music City, she didn’t expect to find Jesse Rockford tangled up in the middle of it. Jesse’s blue eyes swept her into a whirlwind romance that not only cost her the trust of her best friend, but led her to the last place she thought she’d end up – alone. With Christmas around the corner, it’s the perfect excuse for Celia to escape the bright lights of Nashville for her hometown of Hamden. Deep in the Tennessee mountains Celia can’t help but wish Jesse was there with her, but she knows there is someone else she must fix things with first if she’ll ever have a chance at getting Jesse back. Logan Kent returns home to Hamden for the first Christmas in years where he’ll soon learn that even when you run, you can’t always hide. Celia is determined to show Logan that there is still hope for their friendship even in the midst of a broken heart. She brings Logan for a walk down memory lane, hoping to rekindle what has been lost, but too much damage may already have been done.How will it end for Celia and Logan? Will Celia find her way back into Jesse’s heart? Or will one final secret mean the end of it all? 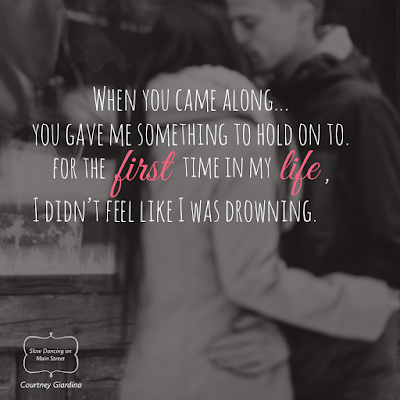 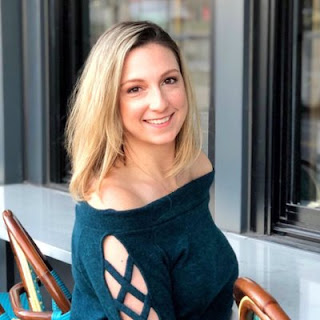 Throughout the years Courtney has wanted to be many things. Her aspirations have ranged from Olympics gymnast and actress to a pirate. Yes, a pirate. Growing up she vacationed in the Thousand Islands where every year the town of Alexandria Bay holds a Pirate’s Weekend. That is where her love of pirates began. Unfortunately, Courtney’s dream of becoming of being a pirate never came to fruition, but as a writer she still gets to play make believe.

Courtney published her first novel in 2013. Tear Stained Beaches defined the staple of what her self-publishing mantra would become, strong, independent women finding their place in the world. She delivers that message in her following two novels, Holding on to Georgia and Behind the Strings.

She has been asked to speak at local book clubs, on podcasts and empowering websites. Besides working on her 4th novel to release in 2020, Courtney spends time developing content that lays the ground work to inspire others to dream big and believe in themselves because life is too short to wonder, “what if.”

Giveaway Details:
1 winner will receive a $25 Starbucks Gift Card and signed finished copies of SLOW DANCING ON MAIN STREET AND BEHIND THE STRINGS, US only.