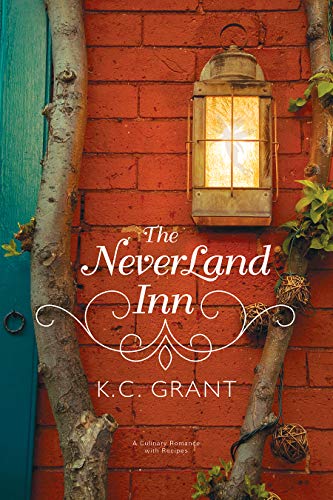 Daniel Cavanaugh has it all—a lucrative career as a lawyer, a gorgeous fiancée, and his future mapped out for him. So why is he feeling increasingly dissatisfied with his life? When the assignment to handle his late grandmother’s estate takes him to the California coast, Daniel welcomes the escape. Staying at the nearby bed-and-breakfast isn’t really his style, but he soon realizes the inn may hold the key to the answers he’s been seeking. Spindrift Cove has few opportunities for a young unmarried woman like Sarah Michaels. Even so, she enjoys her solitude as owner and chef at the Neverland Inn. She thrives on catering to the needs of her guests and treating them to her fantastic cooking. But when Daniel walks through her door, he immediately tests her patience. Though he is handsome and well-bred, she finds him insufferable. Soon, however, the tranquility of the inn works its magic, and Daniel and Sarah forge a sweet and unexpected connection—until the life he left behind in the city demands his return and it seems that a happily ever after may not be on the menu after all.

K.C. Grant loves to write! From bad poetry at the age of seven to not-too-much-later attempts at a novel where the main character was a talkative red-haired girl (yes, that wasn’t very creative) she has loved to create stories. In her adult career, she has written for family oriented magazines like BackHome, Parents and Kids, The Washington Family and LDSLiving. She was so excited about the release of her first novel in 2010, “Abish: Daughter of God.” A sequel, “Abish: Mother of Faith” continues the story of Abish and focuses on the mothers of the stripling warriors.

K.C. will also get to continue her fascination with the setting of Mexico (this time with a modern twist) when her suspense novel titled “Venom” which came out January 2012.

She also belongs to three writers’ groups and various other organizations that keep her very busy.