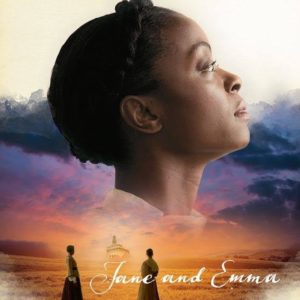 FILM SYNOPSIS: JANE & EMMA is based on the life of Sister Jane Manning, one of the first black Mormons. She returns to Nauvoo to find that Joseph Smith, her prophet and friend, has been assassinated. Jane spends a ceaseless night with his widow, Emma Smith, sitting watch over the body of the prophet as a whirlwind of loss and confusion leaves them wondering how either one of them will be able to move forward. Through the long night, Jane wonders if the prophet’s promise to extend the blessings of eternity to her has died along with him. The film explores the possible events of that night, including Jane’s endeavor to remain amongst the Mormon people and Emma’s struggle to cope with her heartbreaking loss. Poignant issues of racism and polygamy threaten to break their bond of friendship. In the end, will Jane and Emma have the courage to follow the path each believes they must take?

The JANE + EMMA cast includes Danielle Deadwyler as Jane (THE HAVES AND THE HAVE NOTS, GIFTED), Emily Goss as Emma Smith (THE HOUSE ON PINE STREET, SNAPSHOTS), Brad Schmidt as Joseph Smith (THE BIRTH OF A NATION, HOUSE OF LIES), and K. Danor Gerald as Isaac James (SAINTS AND SOLDIERS, THE VOID)

JANE & EMMA is directed by Chantelle Squires (THE WORK & THE GLORY trilogy) and written by Melissa Leilani Larson (FREETOWN). It is produced by Jenn Lee Smith, Madeline Jorgenson, and Tamu Smith and Zandra Vranes (Sistas in Zion) of Clearstone Films. The Executive Producers are Brent Jorgensen, Sundance Film Festival Co-Founder Stirling VanWagenen, and Jon Lear.
The movie also features the title song “Child of God,” performed by The Bonner Family.

Excel Film’s new movie highlights the relationship between Jane, an African American pioneer and Emma Smith. Theirs is a rare, real and riveting tale, says Tamu Smith, a black Mormon writer and speaker, but one “that has been lost to our history.”

QUOTE FROM DIRECTOR:
“This is a story of faith. In spite of all the hardships these women encounter, one of the things I love the most about this story is how deeply both women want to love God and obey him, even when what he is asking them to do seems impossible,” remarked Director Chantelle Squires.