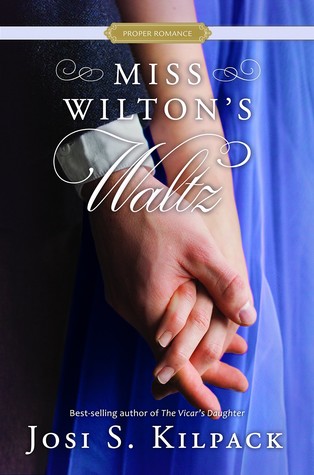 Lenora Wilton has spent her life hiding behind the keys of her beloved pianoforte and the vibrancy of her younger sister, Cassie. But Lenora is ready for a change and travels to Bath to live with her Aunt Gwen and teach music at an all-girls’ boarding school. She is different in Bath—more comfortable with herself—and enjoys the freedom and independence of her new life there.

When Lenora meets Aiden Asher, she finds herself attracted to him, but her unexpected feelings become more complicated when she learns that Catherine—Lenora’s newest and most troublesome student in the school—is Mr. Asher’s niece. Catherine is a difficult student, and Lenora works hard to make progress with the girl.

When the chemistry between Lenora and Aiden increases, they share a passionate kiss by the River Avon, and Lenora feels it is the beginning of a new forever—until she learns that Aiden has withheld an important detail about his life that changes everything.

Lenora closes her heart to him, and Aiden, caught between his obligation and his heart, must do what he can to make amends. And Lenora, after years of hiding from everyone and everything, faces a decision only she can make.

Josi S. Kilpack hated to read until her mother handed her a copy of The Witch of Blackbird Pond when she was 13. From that day forward, she read everything she could get her hands on and credits her writing “education” to the many novels she has “studied” since then. She began writing her first novel in 1998 and has written twenty-five novels, one cookbook, and been part of multiple collaborations since then. She is a four-time Whitney Award winner and Best of State winner in Fiction. Josi currently lives in Willard, Utah, with her husband and children.

When Kensington Press picked up her first national women’s fiction novel, As Wide as the Sky, Josi was in need of a pen name to differentiate between her other genres. For years, Josi has been called Jessica Pack by people who hear her name but don’t know her. It made her new pen name easy to choose. As Wide as the Sky will be released in paperback sometime in 2018/