Right Next to Me
by Rachel Ward
Published by Cedar Fort, Inc.
August 15, 2017 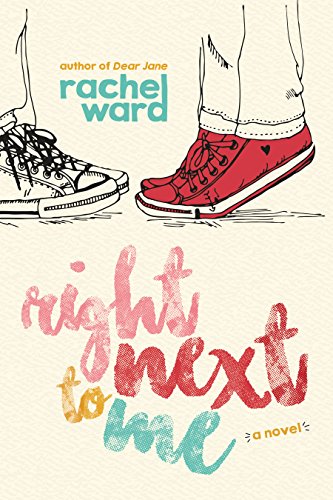 She has a crush on her boyfriend’s best friend.

How long can a good thing last? Sydney was sure Gavin was the perfect boyfriend until he moved across the country for school. After spending more time with her best friend, James, she’s now rethinking everything. Sydney’s once sure footing in life slips even more as she discovers new details about her own father’s betrayal. Scared she’ll hurt Gavin like her father hurt her, Sydney must decide if she’ll stay with the perfect boyfriend, or the perfectly flawed boy who’s been there all along.

Rachel grew up reading every book she could get her hands on and spending time with her cat. At least, that was the report in every annual Christmas letter. The humiliation was enough to spur her into action, and she began writing. And she never stopped. Rachel studied English at Brigham Young University-Idaho and then wrote and blogged in between the births of her six children. She currently lives in West Jordan with her family, and while she no longer has a cat, she still reads every book she can get her hands on.