Fire and Ice is happy to have author Elissa Sussman on site today for an exclusive guest post about fairy tale re-tellings that influenced her newest book Burn. Also, be sure to check out the giveaway at the end of her post! After helping to rescue Princess Aislynn, Elanor has finally rejoined the rebel camp she calls home. Stolen from her parents at a young age and forced into service by the Wicked Queen, Elanor now wants nothing more than to see the queen removed from power. But Elanor has secrets, mistakes she’s spent years trying to forget, and the closer the rebels get to the throne, the harder it is for Elanor to keep her past hidden away.

With fellow rebels on her side—including Princess Aislynn, Thackery, and the handsome and mysterious Matthias—it is time for Elanor to make a decision. Will she protect her secrets? Or risk everything to save the people she loves?

The thrilling companion to Elissa Sussman’s masterful and original fairy tale, Stray, that will appeal to readers of Margaret Atwood’s The Handmaid’s Tale and fans of Wicked, Into the Woods, and the Disney princess movies.

Princess Aislynn has long dreamed about attending her Introduction Ball, about dancing with the handsome suitors her adviser has chosen for her, about meeting her true love and starting her happily ever after.

When the night of the ball finally arrives and Nerine Academy is awash with roses and royalty, Aislynn wants nothing more than to dance the night away, dutifully following the Path that has been laid out for her. She does not intend to stray.

But try as she might, Aislynn has never quite managed to control the magic that burns within her-magic brought on by wicked, terrible desires that threaten the Path she has vowed to take.

After all, it is wrong to want what you do not need. Isn’t it?

When Disney Movies and Musicals Collide: Creating The World of The Four Sisters Books
by Elissa Sussman

Anyone who follows me on social media knows that I am a huge nerd. I am in particular a huge nerd about 1. musical theatre and 2. Disney movies. Lately I’ve been grooving to HAMILTON and singing the praises of A GOOFY MOVIE, but bring up INTO THE WOODS and any of the Disney princess movies and I’m yours for about four days.
It’s not hard to see how INTO THE WOODS shaped the world of STRAY and BURN. The Sondheim musical mixes a bunch of familiar fairy tales (Cinderella, Little Red Riding Hood, Jack and the Beanstalk, Rapunzel and others) to create its own story, one that gets darker and darker as the musical goes on. In fact, the concept of The Path, the strict doctrine that rules Aislynn’s life in STRAY, was shaped by the lyrics Little Red Riding Hood sings in the first act: “the prettier the flower, the further from the path”.
The influence of Disney movies, as well, is all over Aislynn and Elanor’s stories. While re-watching CINDERELLA for a college paper (again, big nerd), I was inspired by the appearance of the fairy godmother. Here she is, someone with extraordinary powers, yet she shows up to help Cinderella and then disappears. I couldn’t help asking: what’s her deal? Who is she? And so the concept of a book with a fairy godmother at the center became the inspiration for Aislynn’s story.
Though STRAY and BURN are both original fairy tales, I was influenced by some pretty common stories. There are fairy tale tropes and imagery woven throughout the world, from the language (“thorns” as a swear word) to the Academy’s version of corporal punishment (being pricked by a spindle). Play “find the fairy tale” and you’ll discover over a dozen different references.
Each book however, has two fairy tales that provided the most inspiration. STRAY is a very (VERY) loose retelling of Cinderella, with elements of Little Red Riding Hood (especially in regards to The Path) mixed in. BURN, on the other hand, draws a lot from Snow White (from the role of Wicked Queen to Elanor’s physical description) with a sprinkling of Sleeping Beauty.
Take all those elements, mix in some feminism and some tasty recipes, and you’ll have the world of The Four Sisters – original fairy tales with a familiar foundation. Enjoy!

Elissa Sussman is a writer, a reader and a pumpkin pie eater. 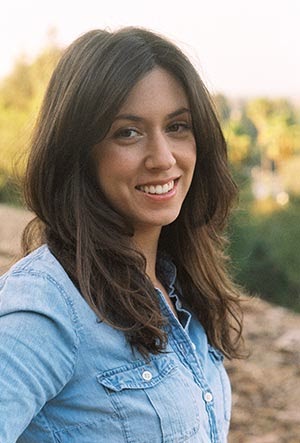 She received her BA from Sarah Lawrence College and in a previous life managed animators and organized spreadsheets at some of the best animation studios in the world, including Nickelodeon, Disney, Dreamworks and Sony Imageworks. You can see her name in the credits of THE CROODS, HOTEL TRANSYLVANIA, THE PRINCESS AND THE FROG and TANGLED.

She currently lives in Los Angeles with her boyfriend and their rescue mutt, Basil.

1 winner will receive a signed paperback of STRAY and buttons. US Only.