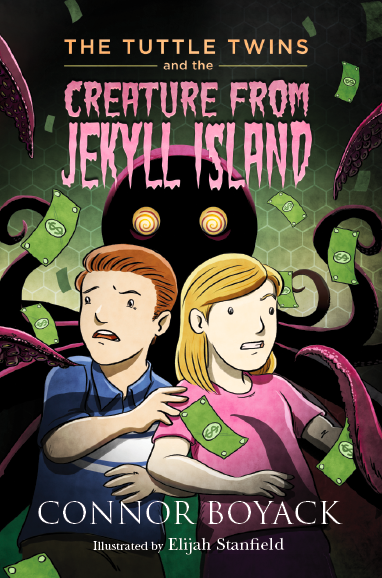 The Tuttle Twins and the Creature from Jekyll Island!
by Connor Boyack

What kind of creature can steal from you? Join Ethan and Emily Tuttle in their exciting third adventure, as they uncover the curious mystery of how a powerful creature is stealing their grandparents’ hard-earned savings, and how the twins are also being controlled by the same creature—without even knowing it!

In honor of the classic The Creature from Jekyll Island by G. Edward Griffin, this book introduces children to the history and nature of money, banking, inflation, savings, and bartering in an informative and entertaining format that both educates and excites its young readers! 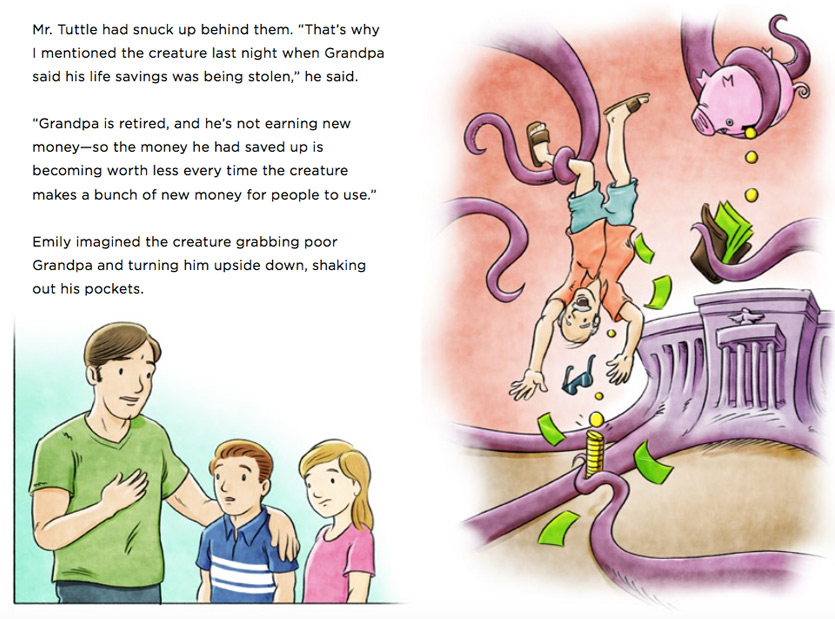 Connor Boyack is president of Libertas Institute, a public policy think tank in Utah. He is the author of several books on politics and religion, along with hundreds of columns and articles championing individual liberty. His work has been featured on international, national, and local TV, radio, and other forms of media.

A California native and Brigham Young University graduate, Connor currently resides in Lehi, Utah, with his wife and two children.

A longtime student of Austrian economics, history, and the classical liberal philosophy, Elijah has dedicated much of his time and energy to promoting the ideas of free markets and individual liberty. Some of his more notable works include producing eight videos in support of Ron Paul’s 2012 presidential candidacy. He currently resides in Richland, Washington, with his wife April and their five children.