Caught in the middle of a brutal civil war, six Liberian missionaries in Monrovia flee the widespread violence in their native country. Their destination: Freetown, Sierra Leone. With the help of local church member Phillip Abubakar (Henry Adofo), the missionaries make the difficult journey, only to have their troubles compounded by a rebel fighter bent on killing one of their own. Based on incredible true events, FREETOWN is a thrilling and inspiring story of faith, hope and survival. 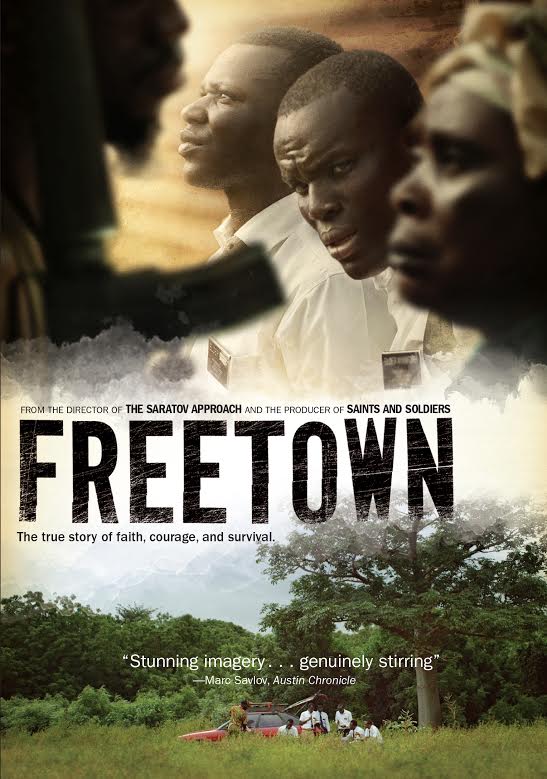 We have 2 copies of Freetown to give away courtesy of Deseret Book. Must be 18 or older and have a US mailing address.
a Rafflecopter giveaway