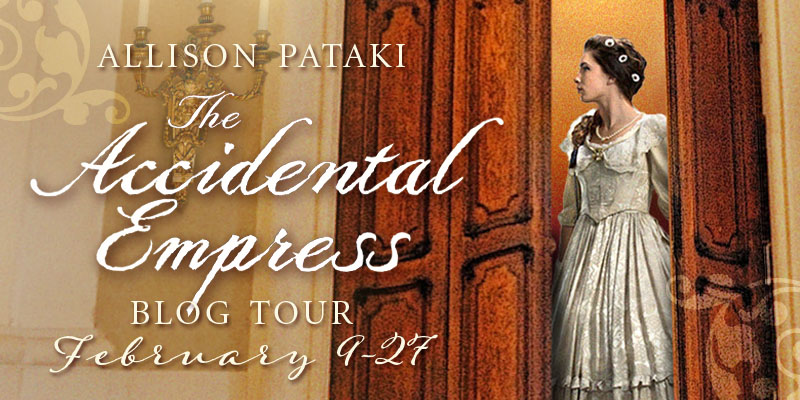 Fire and Ice is today’s stop on The Accidental Empress Blog Tour hosted by Kismet. We have author Allison Pataki here with an exclusive guest post as well as an amazing giveaway. Read on!

New York Times bestselling author Allison Pataki follows up on her critically-acclaimed debut novel, The Traitor’s Wife, with the little-known and tumultuous love story of “Sisi,” the Austro-Hungarian Empress and captivating wife of Emperor Franz Joseph.

The year is 1853, and the Habsburgs are Europe’s most powerful ruling family. With his empire stretching from Austria to Russia, from Germany to Italy, Emperor Franz Joseph is young, rich, and ready to marry.

Fifteen-year-old Elisabeth, “Sisi,” Duchess of Bavaria, travels to the Habsburg court with her older sister, who is betrothed to the young emperor. But shortly after her arrival at court, Sisi finds herself in an unexpected dilemma: she has inadvertently fallen for and won the heart of her sister’s groom. Intrigued by Sisi’s guileless charm and energetic spirit, not to mention her unrivaled beauty, Franz Joseph reneges on his earlier proposal and declares his intention to marry Sisi instead.

Plucked from obscurity and thrust onto the throne of Europe’s most treacherous imperial court, Sisi has no idea what struggles and dangers—and temptations—await her. Sisi upsets political and familial loyalties in her quest to win, and keep, the love of her emperor, her people, and of the world.

With Pataki’s rich period detail and cast of complex, compelling characters, The Accidental Empress offers a captivating glimpse into the bedrooms and staterooms of one of history’s most intriguing royal families, shedding new light on the glittering Habsburg Empire and its most mesmerizing, most beloved “Fairy Queen.”

The Biggest Challenge in Writing ‘The Accidental Empress’

The story of Sisi, or Empress Elisabeth of Austria, proves that history is juicier than fiction.

I decided early on that I would be crazy not to rely heavily on the historical record for plot and character development in The Accidental Empress. The raw material—a love triangle! An empire divided! An incredibly overbearing mother-in-law! Infidelity! Waltzes!—it was all so good and intriguing. I believed that the history of Sisi’s life and time period provided all of the fixings to create a really compelling novel.

So the biggest challenge, then, in writing this novel was wrangling the historical record. Sisi, or Empress Elisabeth, was an incredibly complex individual who lived in a fascinating moment in history. And her story—in some ways very relatable, in some ways completely foreign—played out before such an epic backdrop, with all the accompanying glitz of the Habsburg Court and the tumult of the Austro-Hungarian Empire. There’s so much information available on Sisi and Franz Joseph and the Habsburg Court. And it’s all so fascinating that I wanted to use it all. I wanted to include as many facts and events and individuals as I could, until the story was nearly bursting at the seams.

So, I sat down with my pile of notes and my plot outlines and my stack of books and I took stock. I leveled with myself. I reminded myself that, when writing a novel, the story has to flow in a manner completely different than that of a textbook or a straight biography. I knew that I couldn’t just list an infinite number of facts. I had to choose what I needed in order to tell my fictionalized version of Sisi’s story. I could get a bit creative. I could pluck not only from the authoritative historical accounts, but from the mythology of Sisi as well (and let’s be clear, she was a larger-than-life figure who inspired legends and myths even in her own time, and especially through the ages).

All of that is, after all, what makes Historical Fiction so fun to write. And, hopefully, fun to read as well!

For me, the research didn’t feel like a tiring and onerous process. I actually really love research—especially when it involves total immersion into history. For me, the research is one of the most fun parts. It is the raw material that whets my imagination’s appetite. It is the key with which I unlock this world of Sisi and her Habsburg environs.

The only time the research became difficult was when I came to junctions in Sisi’s life where the historical record was mixed on what exactly happened. For example, one of the pivotal plot twists of this novel occurs when Sisi flees the court shortly after giving birth to her long-awaited son (a male heir, at last!). One would think that that would have been a high point in Sisi’s life. And yet, the circumstances for why she left the court so abruptly remain shrouded in conjecture and conflicting reports. I can’t say which of the many historians to take this up are correct, but, since I’m writing historical fiction, I chose to explore one of the more salacious (and highly credible) theories.

So, I guess, after all is said and done, the research is not really the most challenging part. It’s what comes after the research. The challenge is in figuring out how to pick and choose from all the delicious bits just what you need for your fictional novel. Determining what to illuminate and what to shed, like examining your oversized cargo on an already too-heavy cart. It’s in the transcribing, in the transmitting. It’s the process of taking in the history and then putting out the fiction. 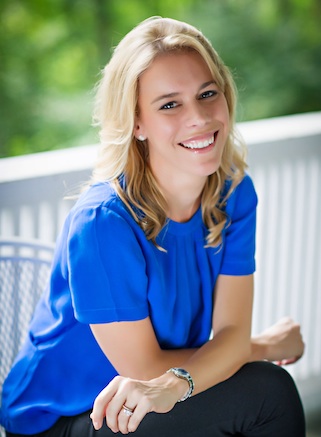 Allison Pataki is the author of the New York Times bestselling historical novel, The Traitor’s Wife. She graduated Cum Laude from Yale University with a major in English and spent several years writing for TV and online news outlets. The daughter of former New York State Governor George E. Pataki, Allison was inspired to write her second novel, The Accidental Empress, by her family’s deep roots in the former Habsburg empire of Austria-Hungary. Allison is the co-founder of the nonprofit organization, ReConnect Hungary. Allison is a regular contributor to The Huffington Post and FoxNews.com, as well as a member of The Historical Novel Society. Allison lives in Chicago with her husband. To learn more and connect with Allison visit www.AllisonPataki.com or on Twitter.

Thanks to Allison Pataki and Simon & Schuster, one lucky winner will receive a $120 gift card to the ebook retailer of their choice (Amazon/B&N/iTunes)! Please enter via the Rafflecopter form. Giveaway is open internationally.