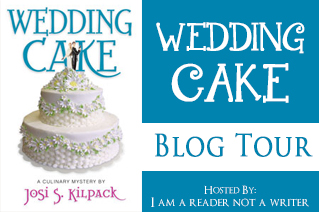 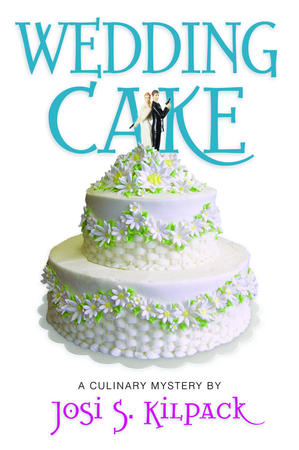 After years of mysteries, murder, and mayhem, the big day has arrived, and Sadie wants nothing more than for her wedding to Pete to be completely uneventful. When she receives a threatening, anonymous text message just days before the ceremony, she’s determined not to let it interfere with the celebration she has carefully planned for months. But as the threat escalates from a distant fear to a frightening reality, Sadie realizes just how much she’s underestimated the situation. Desperate to put an end to the games, lies, and manipulation that has shadowed her life, Sadie, her fiance, Pete, and her children pull out all the stops. What they don’t know, however, is just how far Sadie’s nemesis is willing to go to make good on the thread she made to Sadie three years ago.

Will the wedding go off without a hitch, or will “’til death do us part” come far too soon? There’s no turning back for anyone in the riveting conclusion to this twelve-volume culinary mystery series.

At the top of the stairs, Shawn knocked on the door and then put his ear against it, listening for any movement on the other side. Sadie was frozen just like Shawn for ten seconds until he pulled back. Shawn knocked again, paused again, and then tried the knob. It didn’t move in his hand. He looked down the stairs and shook his head at Sadie, obviously disappointed. He headed back down the steps and Sadie, in turn, started up them. They met at about the halfway point.

“I’ll play lookout for you,” Shawn said, his expression showing his reluctance to step out of the center ring. “I’ll call your phone with any alerts so make sure you answer it.”

Sadie nodded, then stepped ahead of him and continued up the narrow stairs while wondering where Jane was if she weren’t home. She’d hacked Sadie’s email less than an hour ago, where had she done it from? Or could she have been here when she’d done the hacking and then left in order to execute the next devious plan on her list? What that might be reminded Sadie of everything Jane had already done and the resulting fresh wave of anger helped solidify her motivation for being here.

At the top of the stairs Sadie pulled out her pick set and got to work. Apparently, picking a lock wasn’t as much like riding a bike as one might think; Sadie felt as though she were all thumbs and the summer heat didn’t help as the sun at her back made her increasingly uncomfortable. She finally got the lock on the doorknob undone but then let out a breath of frustration when she realized the deadbolt was engaged as well.

Deadbolts were already the hardest type of lock to pick, but this one was particularly tricky since it was rather old. The pins were either rusted or just stiff—Sadie doubted the landlord changed the locks between tenants, which was simply an unsafe practice, not to mention creating great difficulty for her attempts to break in. She wished she’d thought to grab her WD-40 from home. It wasn’t the best product to use in a lock—it got sticky as it dried and would probably ruin the lock entirely given a few weeks to pick up dirt, dust, and metal shavings from inside the casing—but it would work for the immediate situation and Sadie didn’t keep liquid graphite on hand like she should.

Finally, with sweat dripping from her hairline and down her back, she got the last pin to pull back and the lock opened. She looked down at Shawn as she turned the knob, surprised he hadn’t come up to help her. Not that he knew anything about picking locks, but simply because of the time it took her and the increasing anxiety that each second cost them both. He just nodded and waved her inside.

Sadie pushed the door open on well-oiled hinges—not a squeak or a grind to be heard—and then shut it quickly as she blinked in order to help her eyes adjust to the darkened interior. The mini-blinds had been twisted closed, muting the daylight that could otherwise filter in but also hiding her from anyone who might see her or notice the lights on. She flipped the light switch next to the door and took in the apartment. Calling this a second floor apartment was generous; she would refer to it as an attic space since both walls sloped with the roofline. 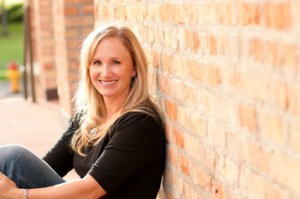 Josi S. Kilpack hated to read until her mother handed her a copy of The Witch of Blackbird Pond when she was 13. From that day forward, she read everything she could get her hands on and accredits her writing “education” to the many novels she has “studied” since then. She began writing her first novel in 1998 and never stopped. Her novel, Sheep’s Clothing won the Whitney Award 2007 for Mystery/Suspense. Lemon Tart, the first book in the Sadie Hoffmiller Culinary Mystery series was a finalist in 2009. Josi currently lives in Willard Utah with her husband, children and super-cute cat.