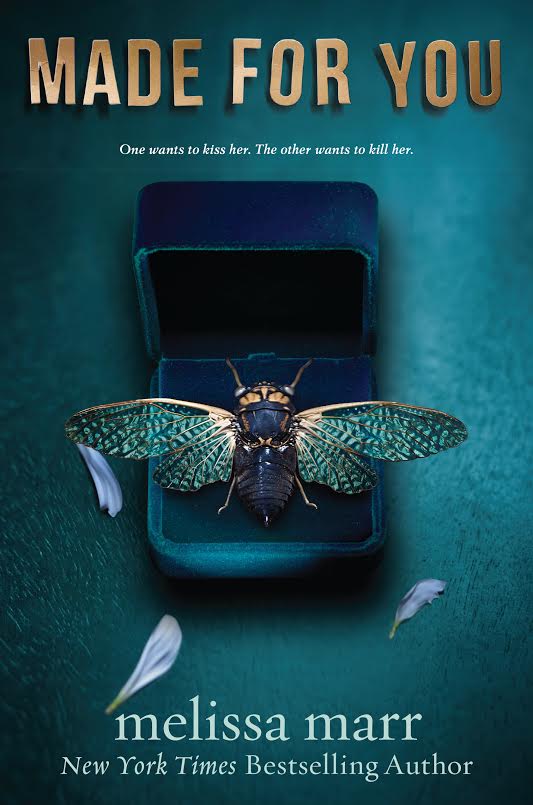 Bestselling author of the Wicked Lovely books Melissa Marr’s first contemporary YA novel is a twisted southern gothic tale of obsession, romance, and murder. A killer is obsessed with Eva Tilling. Can she stop him, or will he claim her?

When Eva Tilling wakes up in the hospital, she’s confused—who in her sleepy little North Carolina town could have hit her with their car? And why? But before she can consider the question, she finds that she’s awoken with a strange new skill: the ability to foresee people’s deaths when they touch her. While she is recovering from the hit-and-run, Nate, an old flame, reappears, and the two must traverse their rocky past as they figure out how to use Eva’s power to keep her friends—and themselves—alive. But while Eva and Nate grow closer, the killer grows increasingly frantic in his attempt to get to Eva.

“Excuse me a minute,” I say.
Robert and Reid are sitting with us, but I excuse myself to walk over to him. It’s been forever since we spoke. He hasn’t called or come to see me in weeks. I never catch him at school either. I miss him. Even after he stopped being around the rest of our friends, he was still my friend. I thought that would never change, but now, I think I might be wrong.
I’ve had a couple drinks, and it gives me the courage to ignore his dismissive glance and walk up to him.
“Nate,” I start.
I only want to talk, to go back to the way we were, but he looks right at me, his gaze roaming from my sandals up my jeans and over my blouse and ending on my face. “Not interested.”
Then he steps around me like we’re strangers. He just walks past me like I’m not there, like he doesn’t know me, like we haven’t been in one another’s lives since we were in preschool. I feel like everyone there is staring at us, but if they are, no one mentions it—not to me, at least. My last name protects me from that, and for a change, I’m glad to be a Cooper-Tilling.
Nate, on the other hand, has just sealed his pariah reputation. It was bad enough that his parents divorced, and he suddenly seemed to forget that there were clothes in colors other than black.
Now, he’s rude to me in front of everyone. If he was trying to make the rest of my friends declare him invisible, he just succeeded.
On Monday, I find out that he slept with Piper’s cousin, Julie, who was visiting. She’s three years older than us, a freshman at Duke. After that, it became a thing to talk about which girl he chose for the night when he turned up at parties. After that, I never tried to talk to him—or let him see me watching him—ever again.
Piper is waiting for her cue, for me to tell her what to think. It’s how things are in Jessup. She’s one of the elite, but I’m the one she follows. My parents are the top of the food pyramid here. It’s not a situation I cherish, and I pretend not to notice.
I simply play my part, fulfill their expectations and smile. It’s the best plan I have.
I know that Piper is hoping for permission to tear Nate down, but I’m not going there. “She’s no different than the last three. He’ll leave in the morning with her phone number, but he won’t use it.”
“What are you two whispering about?” Reid asks as he flops down next to Piper and drapes an arm around her shoulders. They’re not dating; he simply has no awareness of personal space.
Piper shrugs him off. “Losers.”
“I’ll protect you,” Reid promises. 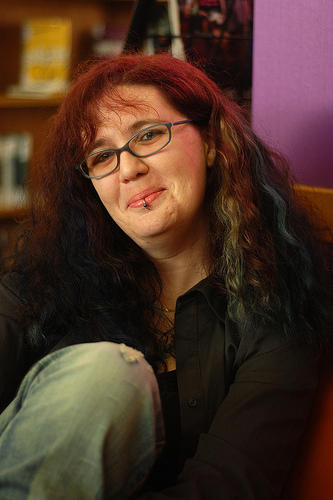 Melissa grew up believing in faeries, ghosts, and various other creatures. After teaching college lit for a decade, she applied her fascination with folklore to writing.

Melissa writes fiction for adults, teens, and children. Her books have been translated into 28 languages to date and been bestsellers in the US (NY Times, LA Times, USA Today, Wall Street Journal) as well as various countries overseas. She is best known for the Wicked Lovely series for teens and Graveminder for adults.

Wicked Lovely was her first novel; it was simultaneously released in the US and UK by HarperCollins in 2007 (with translation rights also sold in twenty-some countries). It debuted as a NY Times Bestseller and evolved into a multi-book series with myriad accolades and international bestseller lists.

Her debut adult book, Graveminder, released to strong critical reception in 2011.  Following that she has edited anthologies with Kelley Armstrong (Enthralled and Shards & Ashes) and with her friend Tim Pratt (Rags & Bones), and released a second adult novel (The Arrivals) in 2013.

With Kelley Armstrong, Melissa is the co-author of the Blackwell Pages trilogy (Little, Brown Books for Young Readers), a children’s series about the Norse myth of Ragnarök.

Her upcoming HarperCollins 2014 release, Made For You, utilizes both her graduate degree in Southern Literature and her personal experience with stalkers in a story about a killer who terrorizes a small North Carolina town.

Her first picture book (Bunny Roo) will be released in 2015.

Currently, Melissa resides in Virginia with her spouse, children, and many dogs.

1 winner will receive a full set of the 5 Wicked Lovely series and the Wicked Lovely companion book (all paperback) as well as a hardcover copy of Made For You. US Only

1 winner will receive a paperback of Graveminder & of Arrivals, as well as a hardcover copy of Made For You. US Only.

1 winner will receive a hardcover of Made For You. US ONLY.

4 Responses to “Made For You by Melissa Marr ~ Blog Tour”