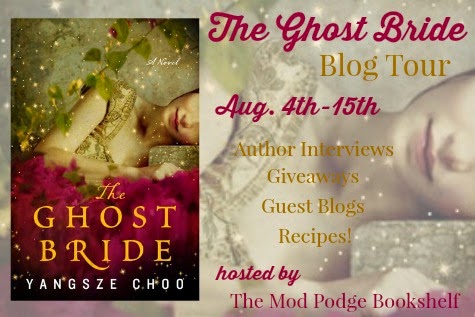 Fire and Ice is honored to kick of the Ghost Bride Blog Tour hosted by the Mod Podge Bookshelf.  We have an author guest post and giveaway!

Thank you so much for having me! My book, THE GHOST BRIDE, is a historical fantasy set in 1890s colonial Malaya (the old name for Malaysia) and is about a young Chinese woman who receives a marriage proposal for the son of the wealthiest family in town. The only problem is, he’s dead.

Now the Chinese practice of marriages to the dead is actually a real, though rare occurrence, and still happens today. I first heard about it when I was a child growing up in Malaysia and was always intrigued by it. What did it mean to marry the dead? It didn’t sound particularly pleasant!

Ghost marriages usually occurred for a number of reasons. For example, two sweethearts who had been promised to each other might be united after death, or a concubine who had produced an heir might be posthumously married in order to officially raise the rank of her son. Many times, a ghost marriage was a response to a haunting. The classic cases usually involved a dream in which a deceased relative would appear and ask for a marriage ceremony to be performed. By the way, this actually happened to the family of a Singaporean friend of mine. 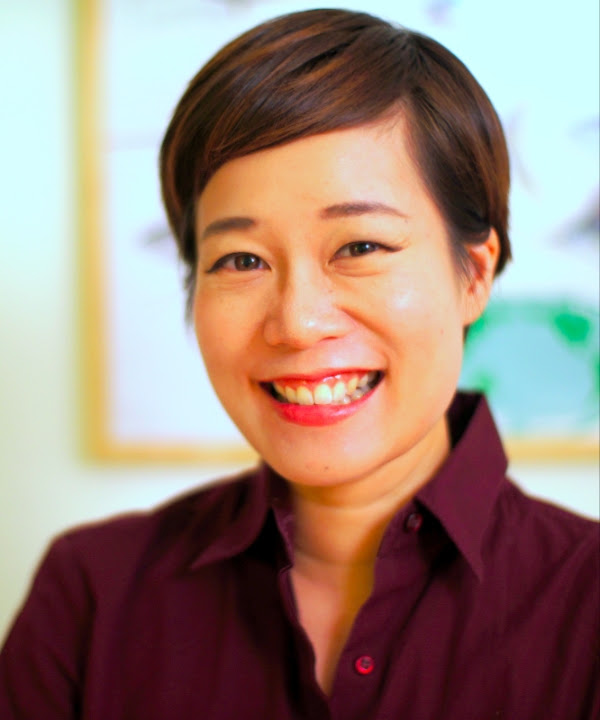 After I had written my novel, he told me that his grandmother had had such an experience, in which his deceased uncle had appeared to her in a dream and told her that he had met a girl in the ghost world and wanted to get married. She was even told the name of the girl’s family and the street on which they lived in Singapore, and when she went to make enquiries, she actually found the family! The mother of the family confirmed that she too had had a visit from her deceased daughter who wanted to get married, and so they held a proper Chinese wedding ceremony complete with wedding procession and offerings, except that the bride and groom were unseen. I think what’s really interesting about this is that it shows the importance of family and relatives to Chinese culture, and how you continue to have relationships, settle disputes, and even arrange marriages from beyond the grave.

Far more rarely, the living were married to the dead. Sometimes this occurred because a fiance had died and the remaining partner pledged their life to them. In the old days, because of the importance of ancestor worship, a family would sometimes take in a poor girl to marry a man who had died without a wife or descendants. She would spend her days as his widow in their household, taking care of his grave and making offerings to him. This is the case for Li Lan, the main character in my book.

When I was writing THE GHOST BRIDE, I wondered what the lives of these girls were like, especially given the Chinese belief in an afterlife made up of burned funeral offerings that are supposed to become real in the ghost world. By day, Li Lan visits the opulent Lim mansion with its scheming family politics, while by night, she finds herself haunted by her dead suitor as she wanders the halls of another, ghostly Lim mansion where the servants, horses, and furniture are all made up of burned paper offerings. I found the parallel worlds fascinating, and hope readers do too.

Thank you so much for having me on your blog – it’s been a pleasure!

Yangsze Choo is a fourth generation Chinese from Malaysia. After graduating from Harvard, she worked in various corporate jobs while secretly writing fiction between financial spreadsheets. Yangsze eats and reads too much and often does both at her blog http://yschoo.com/ 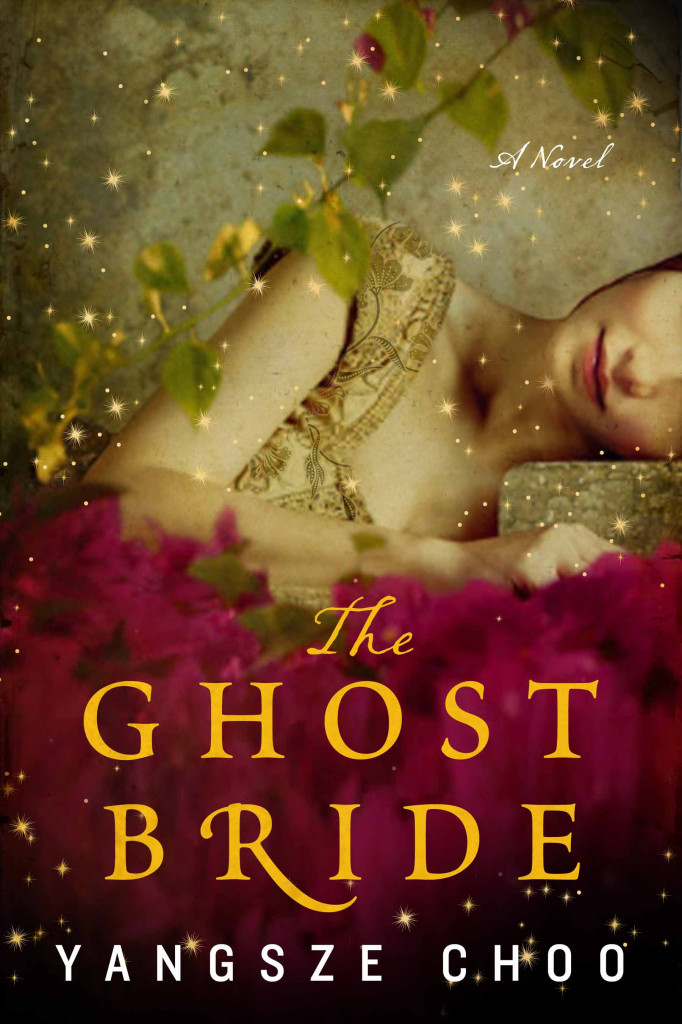 Oprah.com’s Book of the Week, a Carnegie Medal nominee, and Goodreads 2013 Best Fantasy finalist. THE GHOST BRIDE is a historical fantasy.

“One evening, my father asked me if I would like to become a ghost bride…”
Li Lan, a young Chinese woman, lives in 1890s colonial Malaya with her quietly ruined father, who returns one evening with a proposition — the fabulously wealthy Lim family want Li Lan to marry their dead son. After a fateful visit to the opulent Lim mansion, Li Lan finds herself haunted not only by her ghostly would-be suitor, but also by her desire for the Lim’s handsome new heir, Tian Bai. Night after night, she is drawn into the shadowy parallel world of the Chinese afterlife, with its ghost cities, paper funeral offerings, vengeful spirits and monstrous bureaucracy. Li Lan must uncover the Lim family’s darkest secrets, before she is trapped in this ghostly world forever. 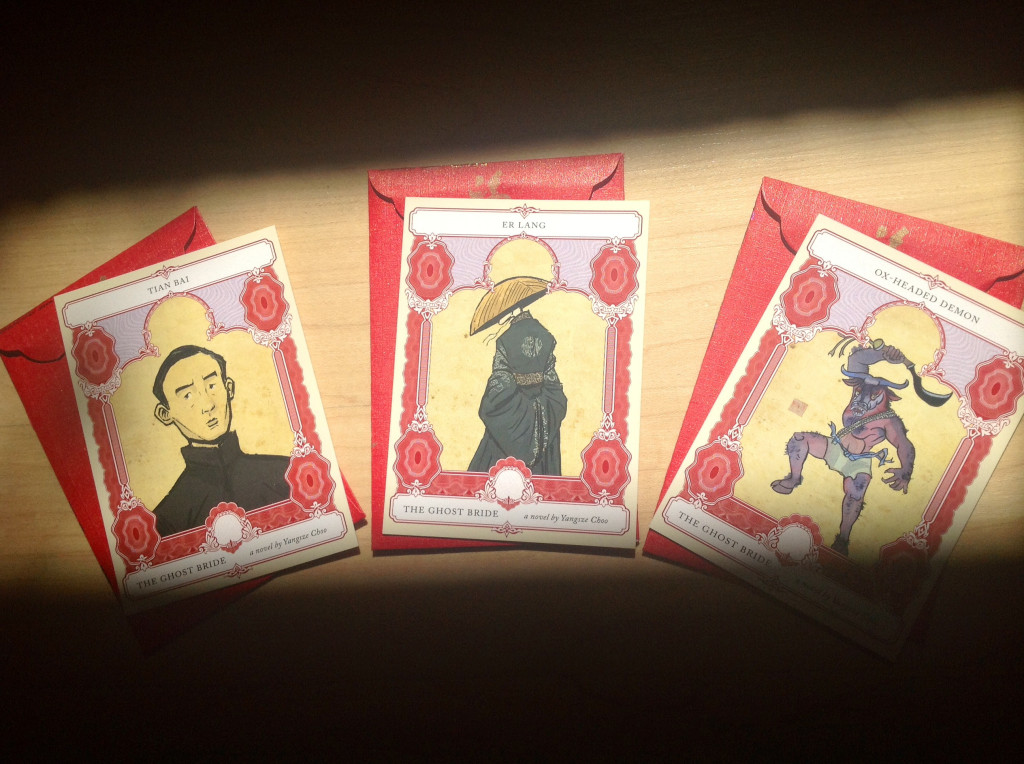