Fire and Ice is thrilled to be today’s stop on the blog tour for Defector hosted by Rockstar Book Tours! We have an exclusive interview with the author plus  an international giveaway. 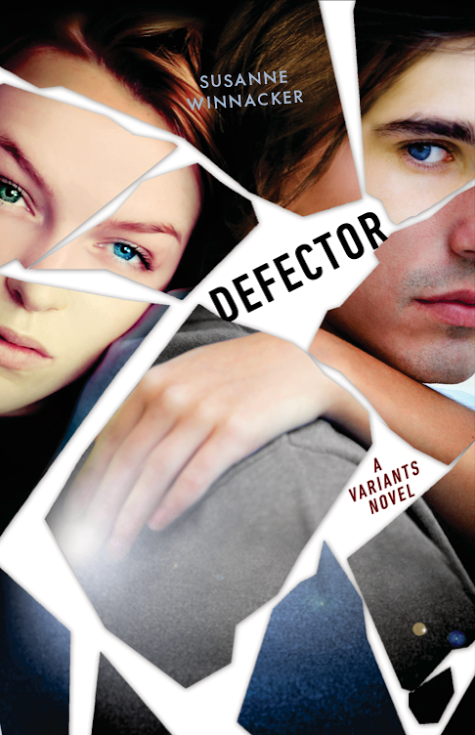 Tessa has finally made peace with her life as a Variant. She and long-time love Alec are officially a couple, and for the first time, she has everything she wants.

But the air is tense at FEA headquarters. An agent has disappeared, and rogue variant organization Abel’s Army is likely the culprit.

When Tessa is summoned for her second mission, she is unexpectedly launched into a massive conspiracy. Her best friend Holly is kidnapped and Tessa knows it was meant to be her. But who is after her? And more importantly, why?

When the FEA’s efforts to rescue Holly don’t yield any results, Tessa takes matters into her own hands. Desperate to save her friend and uncover the mystery behind Abel’s Army, Tessa launches her own investigation—but nothing could prepare her for what she finds. Everyone in her life is harboring secrets: Alec, her estranged mother, even the father she never knew.

The truth will take her out on the road and out of her comfort zone, with danger lurking everywhere. Summoning all of her courage and strength, Tessa must decide who can be trusted and what is worth fighting for—even if it means going against the life she thought she wanted. Her final decision will leave readers breathless.

Explain the FEA to us.

FEA means Forces with Extraordinary Abilities and it’s a branch of the FBI. The FEA mainly works cases with Variant involvement, but its agents also work in espionage if their talents are useful. “Major” is head of the FBI and most agents live in the so-called headquarters.

What differences are there between the world in Defector and our every day world?

Overall, it’s the same world, but there are Variants, people with extraordinary abilities, in “my book world”. The general public doesn’t know about them though, so it could theoretically still be our world. Who knows what our governments are hiding from us? 😉

If you could choose one extraordinary ability, what wouldn’t be and why?

I’d love to be able to heal myself and others. That way I wouldn’t have to watch loved ones suffer and I could help strangers as well.

Did you listen to any music while writing or have a book playlist?

Some books require music, other don’t. Sometimes I just let my favorite TV series run in the background. But Impostor and Defector have a playlist. Here’s the one I used for Impostor (and sometimes for Defector):
1. The Right Kind of Wrong by Leann Rimes
2. Nobody Knows by Pink
3. Born this Way by Lady Gaga
4. Hate that I love you by Rihanna
5. Fallin by Alicia Keys
6. I think it’s going to rain by Katie Melua
7. Tiger in the Night by Katie Melua
8. In my secret life by Katie Melua
9. Perfect Circle by Katie Melua
10. All in my head by Katie Melua
11. Hedonism by Skunk Anansie
12. Sorry seems to be the hardest by Mary J. Blige
13. Titanium by David Guetta feat Sia
14. What you don’t know by Monrose
15. Even heaven cries by Monrose
16. Bridge of Light by Pink
17. Family Portrait by Pink
(Tessa wants nothing more than a happy family, so the song is perfect.)
18. Just hold me by Maria Mena
19. The Rose by Leann Rimes
20. All good things come to an end by Nelly Furtado

Where is your dream writing retreat?

Bora Bora, in an overwater bungalow, so I could write while watching fish swim in the ocean. 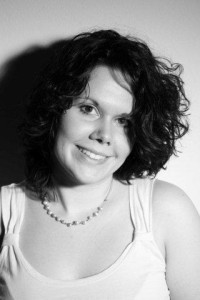 Susanne Winnacker studied law before she became a full-time writer. She lives with her husband, a dog that looks like a sheep and three bunnies that have destroyed every piece of furniture she’s ever owned in Germany. She loves coffee (in every shape and form), traveling and animals. When she isn’t writing, you can usually find her in the kitchen, experimenting with new vegan dishes.
She blogs for The League of Extraordinary Writers. 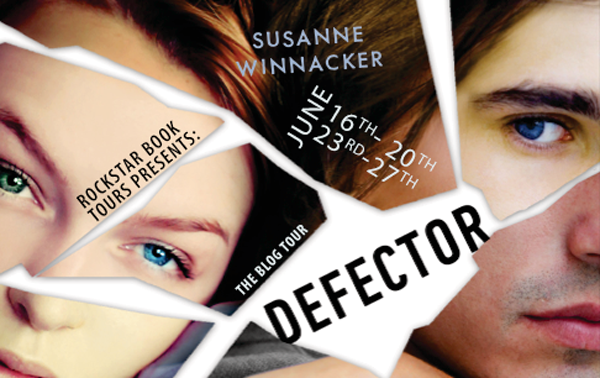 2 hardcovers of DEFECTOR and 1 audiobook of IMPOSTER.