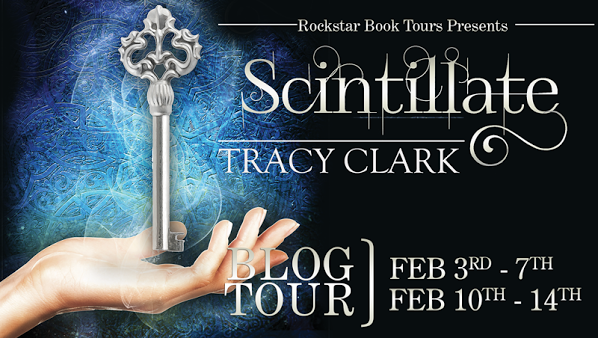 Fire and Ice is so excited to have author Tracy Clark here today as part of the Scintillate tour hosted by Rock Star Book Tours! 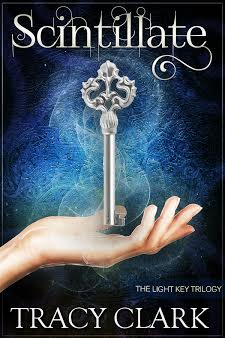 A mighty flame follows a tiny spark Cora Sandoval’s mother disappeared when she was five and they were living in Ireland. Since then, her dad has been more than overprotective, and Cora is beginning to chafe under his confines. But even more troubling is the colorful light she suddenly sees around people. Everyone, that is, except herself—instead, she glows a brilliant, sparkling silver.

As she realizes the danger associated with these strange auras, Cora is inexplicably drawn to Finn, a gorgeous Irish exchange student who makes her feel safe. Their attraction is instant, magnetic, and primal—but her father disapproves, and Finn’s mother orders him home to Ireland upon hearing he’s fallen in love. After a fight with her father, Cora flees to Ireland, both to follow Finn and to look for her missing mother.

There she meets another silver-haloed person and discovers the meaning of her newfound powers and their role in a conspiracy spanning centuries—one that could change mankind forever…and end her life.

Do you have a playlist for your book?

I have to write in silence, mostly because I love lyrics and will find myself listening to the words of the songs rather than the words in my own head. But there are a few songs that I would listen to before I wrote a scene to get in the mood.

The Book Thief by Markus Zusak

The Alchemist by Paolo Coelho

Daughter of Smoke and Bone Trilogy by Laini Taylor

The Fault in Our Stars by John Green

I Know Why the Caged Bird Sings by Maya Angelou

The Perks of Being a Wallflower by Stephen Chbosky

Lately, I’ve been addicted to those dark chocolate covered pomegranate balls of goodness. I

don’t even know what’s really under the chocolate and I don’t care. When I need salt, it’s chips

and salsa all the way.

Had this question been posed a couple of months ago, I’d say that getting “the call” with a book offer was the highlight. Or even having drinks at one table with Jay Asher, Laurie Halse

Anderson and Stephen Chbosky during a conference in August. But honestly, recent reviews from actual readers saying they LOVED the book and couldn’t put it down and that it made them feel, that’s really my dream come true.

What do you do when you are in-between books?

I feel like being a writer is such a big part of who I am, that it would be odd to have long periods of downtime. I’ve always tried to start something new immediately after finishing another project. As I get busier, I see the importance of having fallow seasons where you let your mind rest a bit, even if a “season” is just a few days! (See, I’m addicted.) I realized that as we head into 2014, that I’ll be writing book 3, editing book 2, promoting SCINTILLATE and working on an unrelated project I’m really excited about. It’s a YA psychological thriller.

Where is your favorite place to read/write?

I am so easily distracted that I can’t write or read very well in public places. I find myself too drawn to people-watching and eavesdropping. Inspiration is everywhere! I love to write in my home office and read in bed.

Please tell us in one sentence only, why we should read your book.

Read SCINTILLATE to immerse yourself in the mystical play of energy between people, and to discover the mysterious secret that’s been kept from Cora and the rest of humanity.

If you could jump in to a book, and live in that world, which would it be?

What was your favorite book when you were a child/teen?

Rumor has it that I taught myself to read. I remember loving to escape into books from a very early age. As a small child, I had a book called Timmy Mouse that I adored. I still have it! From there, I recall reading Disney versions of classics like Robin Hood and Cinderella. Judy Blume books were definitely part of my growing up! As a teen, I must admit to being a Flowers in the Attic fan. Then, my love of metaphysics! That was the phase of reading about reincarnation, auras, and energy, which inspired much of SCINTILLATE. 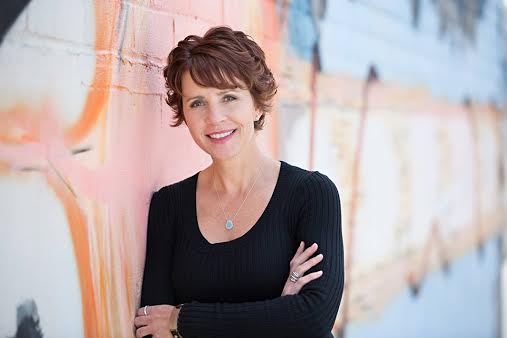 Tracy Clark is a young-adult writer because she believes teens deserve to know how much they matter and that regardless of what they’re going through, they aren’t alone. In other words, she writes books for her teen self.

She grew up a “Valley Girl” in Southern California but now lives in her home state of Nevada, in a small town at the base of the Sierra Foothills. Her two children teach her the art of distraction and are a continuous source of great dialogue. She’s an unapologetic dog person who is currently owned by a cat.

Tracy was the recipient of the Society of Children’s Book Writers and Illustrators (SCBWI) Work in Progress Grant. A two-time participant in the prestigious Nevada SCBWI Mentor Program where she was lucky enough to be mentored by bestselling author, Ellen Hopkins, who taught her so much about the art of writing and cured her of her ellipsis addiction.

Her debut novel was inspired by her enchantment with metaphysics as a teen, seeing it as the real magic in life. Tracy is a part-time college student, a private pilot, and an irredeemable dreamer. 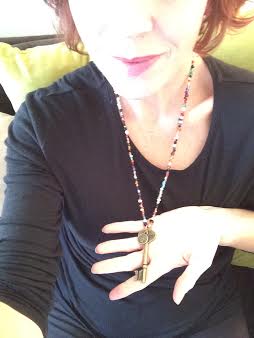 One Response to “Scintillate Blog Tour and Giveaway”