Fire and Ice is happy to be participating in the Book Blitz for Must Love Otters by Eliza Gordon. The Blitz is hosted by YA Reads and we have some fun facts about the author as well as a giveaway. 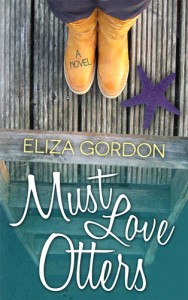 Hollie Porter is the chairwoman of Generation Disillusioned: at twenty-five years old, she’s saddled with a job she hates, a boyfriend who’s all wrong for her, and a vexing inability to say no. She’s already near her breaking point, so when one caller too many kicks the bucket during Hollie’s 911 shift, she cashes in the Sweethearts’ Spa & Stay gift certificate from her dad and heads to Revelation Cove, British Columbia. One caveat: she’s going solo. Any sweethearts will have to be found on site.

Hollie hopes to find her beloved otters in the wilds of the Great White North, but instead she’s providing comic relief for staff and guests alike. Even Concierge Ryan, a former NHL star with bad knees and broken dreams, can’t stop her from stumbling from one (mis)adventure to another. Just when Hollie starts to think that a change of venue doesn’t mean a change in circumstances, the island works its charm and she starts to think she might have found the rejuvenation she so desperately desires. But then an uninvited guest crashes the party, forcing her to step out of the discomfort zone where she dwells and save the day … and maybe even herself in the process.

Fun Facts From the Author

Definitely chocolate. Unless it’s a milkshake. Then vanilla.

Tacos, if I could get them from a authentic, grade-A food truck in Los Angeles. That was my biggest shock of moving to western Canada — virtually NO Mexican food. *sad face*

EVER? Probably the Lord of the Rings trilogy. I know, total nerd. But Shakespeare in Love, Gladiator, Kick-Ass, and Welcome to the Punch round out the top five.

Sia. Or Florence + the Machine. Or Imogen Heap. And Muse. And Mumford & Sons. Or Death Cab for Cutie. Or Regina Spektor. OMG. I don’t even know. Do you want my list of favorite movie score composers? HANS ZIMMER. There. I listed ONE. 🙂 Mr. Gordon would have to say Van Halen. (Don’t giggle at him. He’s sensitive.)

What is the closest item to you that is red?

A Superman keychain. Only it’s not just Superman — it’s a chunky rendition of what he’d look like as a kid. Sort of adorable.

A ceramic ornament I painted years ago of my Best Cat Ever, Kovu. (RIP, buddy.)

I obsess about things — music, books, movies, movie stars. I get it in my head, and I can’t get rid of it until I’ve exhausted myself. 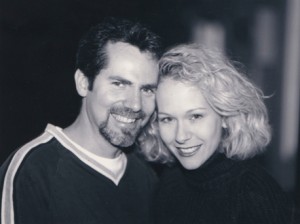 Eliza Gordon is a husband-and-wife team of controlled chaos who writes romantic comedies and silly stories for hearts that haven’t given up on the possibility of a Happily Ever After.

Eliza is offering 3 ecopies of Must Love Otters.

3 Responses to “Must Love Otters Book Blitz and Giveaway”