Happy Book Birthday!
Fire and Ice is thrilled to announce, host and kick off the official blog tour for
Slayers: Friends and Traitors by C. J. Hill 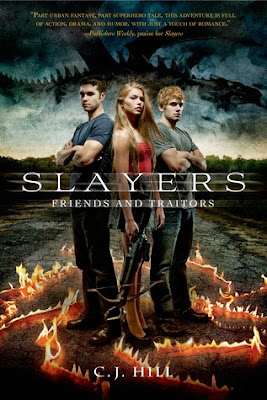 Hardcover, 400 pages
Expected publication: October 15th 2013
by Feiwel & Friends
ISBN 1250024617
The Slayers – teens who have powers to fight dragons—are back by popular demand in this high-octane sequel, now with a new cover package!
Tori is at a White House dinner party when she hears a horrifying sound: dragon eggs hatching. It means in less than a year, the dragons will be mature and dangerous. The Slayers are well-trained, but their group is not yet complete, and Tori is determined to track down Ryker Davis, the mysterious Slayer who has yet to surface.
What Tori doesn’t bargain for, however, is the surprising truth about her powers: she isn’t a Slayer after all, but a Dragon Lord, with a built-in predisposition to protect dragons, not kill them.
How will she overcome this to save the lives of her friends?
Today we have author C. J . Hill on the site to talk about…
The accidental love triangle
I didn’t mean to have a love triangle in Slayers. It’s not that I don’t like love triangles—as I reader, I think they can be great. If I’m living vicariously through the heroine, why shouldn’t two hot, awesome guys be fighting over me?
As a writer though, I hate them. I get involved with my characters and I care about them too much. When you create a love triangle, you’re going to break someone’s heart in the end. I hate that. I don’t want to devastate either Dirk or Jesse. They’re both great guys in their own way. 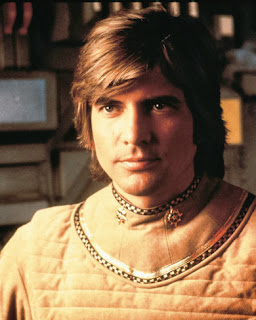 This is how the love triangle happened:  I said Dirk looked like Dirk Benedict. Those of you who are old enough to have watched Dirk Benedict in either of his hit shows (Battlestar Galactica and The A-team) know that the man had irresistible charisma, charm, and good looks. Which is why you should never put him in a book as the hero’s friend. He will hit on the heroine, and she won’t be able to resist him. (Can you blame her, really? No, no you can’t.)
When I started the scene in Slayers where Dirk and Tori discover they’re counterparts, I hadn’t planned on having them kiss—but yeah, Dirk will be Dirk. It changed the whole dynamic of the series.
This might not have been such a bad thing, except when my teenage daughter read the book, she insisted that Tori should end up with Dirk instead of Jesse.  As I wrote Slayers: Friends and Traitors I realized my daughter might have a point. To tell you the truth, at this point, I don’t know who she’ll end up with. I guess we’ll all have to read book three when it comes out to see. 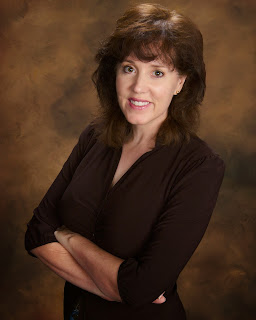 bathrooms.  Her avoidance of housework has led her to writing 20 novels that have sold over 1,000,000 copies. Most of her books are romantic comedies or action because hey, there is enough angst in real life, but there’s a drastic shortage of humor, romance, and hot guys who fight dragons.  Her latest series is Slayers. Booklist called it, “More than a worthy equal of the works of Rick Riordan or Christopher Paolini.”
Janette lives in Chandler, Arizona with her husband, five kids, and enough cats to classify her as eccentric.

Visit all the stops on the Slayers: Friends and Traitors blog tour hosted by Fire and Ice