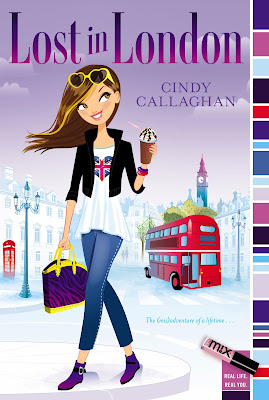 A tween’s foreign exchange experience lands her in London luxury—and some hot water as well! Twelve-year-old Jordan isn’t unhappy, but she’s definitely bored. So when she gets the chance to take part in a London exchange program, she’s thrilled to ditch her small town in Delaware and see the world across the pond.

Unfortunately, Jordan’s host sister in London, Caroline, isn’t exactly enthusiastic about entertaining an American girl. Despite the chilly welcome, Jordan finds herself loving the city and Caroline’s group of friends, who are much nicer than Caroline herself.

And then a major misstep leaves Jordan and Caroline trapped together overnight—inside Daphne’s, the world’s largest department store. Given they have complete access to all the fancy shoes, designer dresses, and coolest makeup around, there are worse places to be stuck. But when the girls’ fun has not-so-fun consequences, Jordan’s wish for excitement abroad turns into a lot more than she ever bargained for…

Review: I typically do not read a lot of middle grade books (I pass them on to my kiddos), but this one caught my eye as it is set in London and the premise sounded really promising. And right-O, was not disappointed! I was quickly and easily engaged in the story line and the cast of 13-15 year old characters.

Jordan is an American student taking a trip to London for a school report. Caroline, her English counterpart is less than thrilled with the prospect of being a tour guide. Caroline comes equipped with her own posse of awesome friends: Sam, Gordo and Ellie who keep the balance between a tourist who want sot see the famous London sights, and a spoiled local who wants to shop and hit a movie.

The only sometimes annoying part was the personality of host sister Caroline. Grrrr. That girl. Her personality grated on me. But Cindy Callaghan’s writing was delightful. I even downloaded one of her other books after finishing Lost in London. I love the covers, the idea of introducing my girls to new sights and countries. At ten, my daughter still thinks boys are gross, so I will probably hold on to this series for a couple of years before passing it on. But, I’m so happy to have found a new fun middle grade author that I can also read along and enjoy as an adult.

Thanks so much to SparkPoint Studio for inviting Fire and Ice to be a part of the blog tour and furnishing a free book for review. 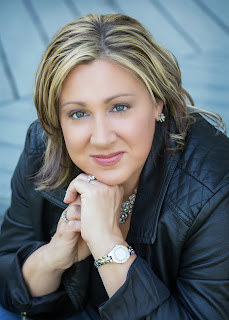 About the author: Cindy grew up in New Jersey and attended college at the University of Southern California before earning her BA in English and French, and MBA from the University of Delaware. She recently exited corporate America after nearly twenty years, and is now fully entrenched in business consulting, writing, and family.  She is very involved with her children’s activities, including coaching the occasional soccer team. Cindy lives, works and writes in Wilmington, Delaware with her family and numerous rescued pets.