We have author Kelsey Sutton at Fire and Ice today for an exclusive interview as part of the official blog tour for Some Quiet Place hosted by the Mod Podge Bookshelf. 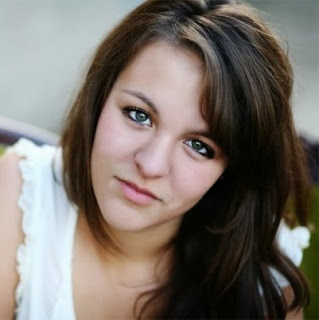 If you were an emotion personified what would it be and why? Great question! Though there are so many cool ones, I would want to be Joy, I think. After all, that’s what most people strive for, right? To be happy?

Your cover is beautiful did you have any input on the selection of that image? Have you run across any other photos or graphics that you think fit with Some Quiet Place? Thank you! I did have input, yes. My editor sent me a group of images and asked which one I liked, and I picked this one, among a couple others. There are other images I think could work for the story, but I’m so happy with this one I’ve never had a moment of regret!

What are the movies and books that have most inspired you and why? This is so hard to answer, but three of my favorite movies are Chocolat, Stardust, and the newest Pride & Prejudice (although I love the old, four-hour version too). The soundtracks are so amazing and the stories are also incredible. Books that I reread annually are Daughter of the Forest by Juliet Marillier – a fantastic retelling of the Seven Swans fairy tale – and The Host by Stephenie Meyer. The romance is so strong in these books and the plot only adds to it. I just love it.

Do you use journaling as a gateway to writing or do you have any other exercises you recommend to aspiring writers? I don’t journal, no, but I admire those who do! Whenever I have time to sit down and write something, I’m drawn to one of my manuscripts. Those stories are my gateway. Exercises I recommend to aspiring writers would be to write something every day. Vague but true. It doesn’t need to be good or relevant. Just something. It really is like a muscle, and the more you exercise it, the stronger you’ll get.

Tell us about your favorite character to write and give us a nutshell of the main themes in the book. Fear, definitely Fear. He’s so fun and crazy and, well, hot. Is that weird? Anyway, there are several themes throughout SOME QUIET PLACE. Some prominent ones are abuse, illness, identity, grief. It’s not a light read. Thank you so much for having me on Fire & Ice! (See attached for picture) Name: Life A Typical Summons: A lone tear trails down her sunken cheek. This time I don’t reach out to wipe the water away; I let it go. Down, down, until it drips off the side of her jaw. This is humanity. This is life and death in one room. 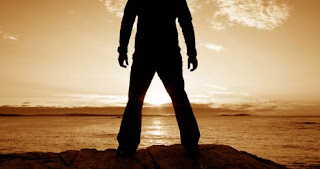 A Typical Summons: A lone tear trails down her sunken cheek. This time I don’t reach out to wipe the water away; I let it go. Down, down, until it drips off the side of her jaw. This is humanity. This is life and death in one room.

Author Bio: I was born in Tucson, Arizona. Shortly after this my mother moved us to Minnesota, where I have remained ever since. There has never been a time when I was not writing. As a child I would come home from school, pull out my plastic bin full of markers and paper, and arrange everything around me in a circle. I would then fold some paper in half, staple the side three times, and proceed to fill the white spaces with words and pictures.

The first novel I ever finished was so thick it could have served as a doorstop. It was about Victorian vampires. It was 2008, and I was sixteen years old. Since I have always been a huge fan of Libba Bray’s, I decided I wanted to follow in her footsteps in every way. So I did research on how to get a book published. I discovered what a literary agent was. And I promptly wrote a query to send to Barry Goldblatt, Libba’s agent.

Understandably, that awkward, snail-mail query received no reply. As the days turned into weeks I reconsidered my approach. I concluded that maybe this manuscript wasn’t the one I wanted to show the world. So I took another year and wrote a completely new novel, a contemporary-suspense kind of story. It was 2009, I was seventeen and on my own.

By this time I had realized that agents accepted e-mail queries, and Barry Goldblatt wasn’t the only one in the world, so I sent off a new query to a list of them. Beth was among that list. After a long, enlightening journey, I again shelved a manuscript. Time passed. I graduated high school in 2010, and immediately afterwards ran off to California and wrote another novel. Then I came back to my beloved Minnesota and got responsible, enrolling in college and finding a job.

And in the beginning of 2011, I queried Beth again. I was eighteen years old, with a story that was new and strange and exciting. I had written it during a time when I was living with people I didn’t know that well, in a place that was a little frightening, during a time when absolutely nothing was certain. Beth quickly got back to me. The subject of her e-mail read, RE: Query: SOME QUIET PLACE.

The rest, as they say, is history.

Learn more on her Goodreads page, blog and Twitter.
About the book… 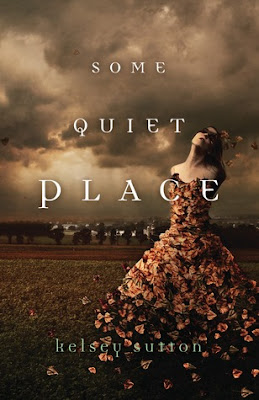 I can’t weep. I can’t fear. I’ve grown talented at pretending.
Some Quiet Place
by Kelsey Sutton
Paperback, 331 pages
Published July 8th 2013
by Flux
ISBN 0738736430
Elizabeth Caldwell doesn’t feel emotions . . . she sees them. Longing, Shame, and Courage materialize around her classmates. Fury and Resentment appear in her dysfunctional home. They’ve all given up on Elizabeth because she doesn’t succumb to their touch. All, that is, save one—Fear. He’s intrigued by her, as desperate to understand the accident that changed Elizabeth’s life as she is herself.
Elizabeth and Fear both sense that the key to her past is hidden in the dream paintings she hides in the family barn. But a shadowy menace has begun to stalk her, and try as she might, Elizabeth can barely avoid the brutality of her life long enough to uncover the truth about herself. When it matters most, will she be able to rely on Fear to save her? 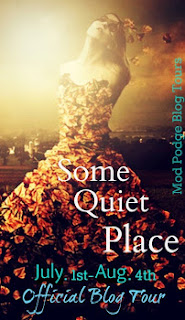