We are so happy to be today’s stop on The Chaperone’s Blog Tour
hosted by TLC Book Tours. 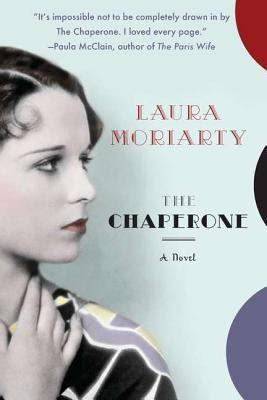 “A captivating novel about the woman who chaperoned an irreverent Louise Brooks to New York City in 1922, and the summer that would change them both.
Only a few years before becoming a famous actress and an icon for her generation, a fifteen-year-old Louise Brooks leaves Wichita to make it big in New York. Much to her annoyance, she is accompanied by a thirty-six-year-old chaperone who is neither mother nor friend. Cora Carlisle is a complicated but traditional woman with her own reasons for making the trip. She has no idea what she’s in for: Young Louise, already stunningly beautiful and sporting her famous blunt bangs and black bob, is known for her arrogance and her lack of respect for convention. Ultimately, the five weeks they spend together will change their lives forever.
For Cora, New York holds the promise of discovery that might prove an answer to the question at the center of her being, and even as she does her best to watch over Louise in a strange and bustling city, she embarks on her own mission. And while what she finds isn’t what she anticipated, it liberates her in a way she could not have imagined. Over the course of the summer, Cora’s eyes are opened to the promise of the twentieth century and a new understanding of the possibilities for being fully alive.”
Margie’s Review:
Laura Moriarty’s writing and style is impeccable and leaves nothing out.
When Cora was walking around and taking the subways and experiencing the endless hot days and not so wonderful smells that NYC has to offer and the historical sights – I felt like I was right there walking alongside with her. In my mind, every description and detail was picture perfect.
The Chaperone is about a 30-something housewife, Cora Carlisle, who volunteers to accompany a rebellious 15 year old, Louise Brooks, to New York City in the summer of 1922 – during the time where the 19th Amendment had just passed, the Prohibition was in full force and the Klu Klux Klan were seeking members to expand across the South.
At first, we think that Cora is leading the perfect life – her husband, a lawyer, who adores her and supports her, twin sons that had just graduated and were off working on a farm before attending college in the fall, the perfect house and clothes – life seems too good to be true for Cora.
As the story goes on, we find out that Cora has her own reasons for going to New York and her life is far from perfect.
Moriarty touches upon hard subjects that were not only not talked about, but to most people, weren’t even aware that such evil things were happening around them and the innocence and ignorance in those times. It is amazing to see how times have changed… back then, girls were frowned upon and talked about if their skirts weren’t long enough, if they didn’t wear gloves even on hot days, and if they weren’t chaperoned to any place day or night.
At times I had to remind myself that this was a book about Mary Louise Brooks, the American Dancer, Model and Actress from the 1920’s who made the “bobbed haircut” popular, but told through the eyes of someone who briefly lived with her and then followed her career, which gives us a better understanding as to how and why Louise the person that she was.
For all of you that love historical fictions, I highly recommend this book. 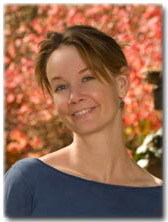 ABOUT THE AUTHOR
(from Goodreads)
Laura Moriarty earned a degree is social work before returning for her M.A. in Creative Writing at the University of Kansas. She was the recipient of the George Bennett Fellowship for Creative Writing at Phillips Exeter Academy in New Hampshire. She currenly lives with her daughter in Lawrence, Kansas, and is at work on her next novel.
Learn more on: Goodreads/Official Website/Facebook

2 Responses to “The Chaperone Book Tour”