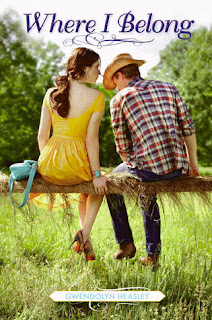 Where I Belong
by Gwendolyn Heasley
Paperback, 289 pages
Published February 8, 2011
by HarperTeen
ISBN: 0061978841
Book Source: bought
3 stars
Summary from Goodreads: A heartwarming and witty debut novel about a spoiled city girl whose life is turned upside down when her father loses his job and she’s shipped to Broken Spoke, Texas. Who knew country-living could melt this snobby ice-queen’s heart?
Cathy’s Review: Corrinne is a big city kind of girl. She lives in New York City. Some of her favorite things to do are shopping in the exclusive Barney’s, going clubbing with her friends, riding her horse Sweetbread and drinking without getting carded. She’s looking forward to going to a fancy boarding school and hopefully rooming with her best friend, Waverly. That’s all about to change, because due to the recession her father has lost his job. He will be moving to Dubai to work at another lower paying job. They will be selling their apartment in the city. And Corrinne and her little brother Tripp will be headed to a very small town in Texas, a town so small that it’s not even on Google Maps to live with the grandparents that they’ve only seen a few times. No malls, no credit cards, no friends and no boarding school. Corrinne is determined to hate Broken Spoke, Texas, kids at school, and her grandparents in no particular order. But she soon learns that the best things in life don’t have to come from an exclusive store and cost exorbitant amounts of money, sometimes the best things in life are free! This book had such a great premise. I loved the idea of a big city girl going really, really small town. I can’t say that I liked Corrinne at the beginning. She was an extremely spoiled brat, who pretty much always got whatever she wanted, no matter the cost and she was really rude to her brother, parents and grandparents. I liked the lessons that Corrinne learned through the natural course of losing everything. And by the end, I did like Corrinne and I thought that she had found that there was a decent person in her body that even she didn’t know existed.
Content: mild swearing, underage drinking, kids sneaking out to go drinking 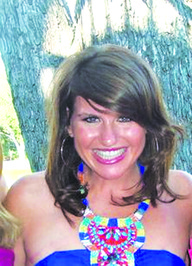 About the author: Gwendolyn Heasley is a graduate of Davidson College and the University of Missouri-Columbia where she earned her master’s degree in journalism. When she was a little girl, she desperately wanted to be the next Ann M. Martin- the author of the beloved The Baby-Sitter’s Club series. She’s incredibly grateful that the recession rendered her unemployed and made her chase her nearly forgotten dream. She lives in New York City, teaches college and eats entirely too much mac and cheese for an adult. She’s also currently at work on her third novel for Harper Collins.
Find out more about author Gwendolyn Heasley Goodreads/ Twitter/ Website
Read it now for 2.99

One Response to “Book Review- Where I Belong”