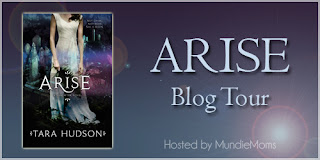 Fire and Ice is thrilled to be today’s stop on the official Arise blog tour hosted by Mundie Moms. We have an exclusive guest post from the author, a key word for the tour riddle and a giveaway so keep reading! 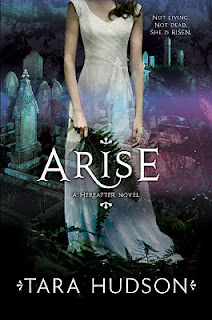 Arise
Hereafter #2
by Tara Hudson
Hardcover, 404 pages
Expected publication: June 5th 2012
by Harper Collins
ISBN0007437285
Summary From Goodreads: Amelia—still caught between life and death—must fight for every moment of her relationship with the human boy Joshua. They can hardly even kiss without Amelia accidentally dematerializing. Looking for answers, they go to visit some of Joshua’s Seer relatives in New Orleans. But even in a city so famously steeped in the supernatural, Amelia ends up with more questions than answers…and becomes increasingly convinced that she and Joshua can never have a future together.Wandering through the French Quarter, Amelia meets other in-between ghosts, and begins to seriously consider joining them. And then she meets Gabrielle. Somehow, against impossible odds, Gaby has found a way to live a sort of half-life…a half-life for which Amelia would pay any price. Torn between two worlds, Amelia must choose carefully, before the evil spirits of the netherworld choose for her.
GUEST POST
By TARA HUDSON
THE REAL LIFE LOVE STORY BEHIND HEREAFTER AND ARISE
ARISE – the second book in the Hereafter Trilogy – contains a sweet, sometimes tumultuous romance between the ghost Amelia and the living boy Joshua. The two have their ups and downs (killer demons count as “downs,” right?), but ultimately they never stop loving each other.
Writing their romance, I really wanted to make the emotions between them unique. As most of you guys already know, every relationship is different, as is every type of love. But when it came to the authenticity behind their feelings, I decided to draw on one of the greatest loves I know: my own.
Believe it or not, I’m not actually very sentimental in my non-writing life. I don’t like to cry, I’m not a good hugger, and I tend to withhold my feelings from the people I love the most. So…I’m a cactus. Or Joshua’s prickly little sister Jillian. Even still, I’ve had a pretty romantic journey that – blushing – I’ll share with you today, in honor of ARISE’s release on June 5, 2012.
I met this funny, smart, cute, sarcastic, loyal boy. And with qualities like that, how could I not marry him? Only problem: we were both eight years old. Plus…we kind of hated each other. He was too goofy, I was too prissy – you get the gist. Yet I couldn’t seem to shake the guy. His family even moved school districts when my did, so that I ended up in another city with him, during junior high.
There, the hijinks continued. I’d call him a slob, he’d steal my hairbrush and hide it in wood shop, etc. High school wasn’t much better: I’d force him to vote for me in student council elections, he’d steal one of my shoes and hide it in anatomy lab. Somehow, though, we managed to make peace with each other. Even become friends.
This tentative friendship last until we were twenty-four, when I was just coming out of a pretty awful relationship. A hideous one, actually. And there was Robert, that funny, annoying, loyal boy I’d known all my life – waiting, not with romance, but a deeper friendship. And strangely, because he kept being that wonderful boy without any hidden agenda, I fell madly in love with him. Seven years and a son later, I love him even more.

So even though Amelia and Joshua fall in love much faster than Robert and I did, they still share something with us. Amelia is a lost girl looking for a friend and Joshua is a great guy who, in offering her friendship, helps her find so much more.
Thanks so much to Tara for sharing the behind the scene story of her books! 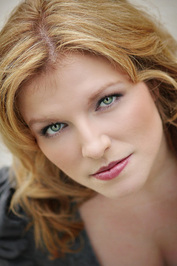 About the Author: Born and raised in Oklahoma, Tara Hudson graduated with a degree in law, mostly because she believed all the horror stories about English majors and their careers in the food-service industry. Luckily, she soon remembered how much she loved telling ghost stories, particularly to her girlfriends who liked visiting abandoned cemeteries as much as she did. Tara currently lives in Oklahoma with her husband, son, and a menagerie of ill-behaved pets.

Giveaway: Thank you to Tara and Harper Teen, the blog tour will be giving away 1 signed set of Tara’s books.

In order to be entered to win Hereafter and Arise, you’ll need to visit each blog on the tour and collect the word each blog will be posting.
At the end of the tour you’ll be able to put the words together to unscramble the sentence Tara has picked for this scavenger hunt. Once you’ve collect the words and figured out the phrase, please be sure to come fill out the form below. The first person to guess correctly will win. If there’s any sort of tie than all the names will be put into a bowl and one name will be randomly drawn out to win.
Our word is : GOT
Visit Mundie Moms to see all the stops on the tour, fill out the giveaway form and insert your words. Good Luck! Thanks to Mundie Moms and Tara for inviting us to be on the tour.