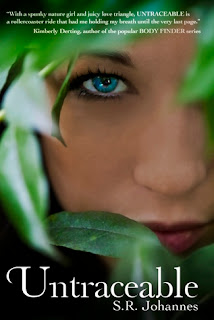 Untraceable
by S.R. Johannes
Kindle Edition, 315 pages
Publication Date: November 29th 2011
by Coleman & Stott
ASIN B0069Z9A74
Book Source: publisher
5 Stars
Book summary from Amazon:
Grace has lived in the Smokies all her life, patrolling with her forest ranger father who taught her about wildlife, tracking, and wilderness survival.
When her dad goes missing on a routine patrol, Grace refuses to believe he’s dead and fights the town authorities, tribal officials, and nature to find him.
One day, while out tracking clues, Grace is rescued from danger by Mo, a hot guy with an intoxicating accent and a secret. As her feelings between him and her ex-boyfriend get muddled, Grace travels deep into the wilderness to escape and find her father.
Along the way, Grace learns terrible secrets that sever relationships and lives. Soon she’s enmeshed in a web of conspiracy, deception, and murder. And it’s going to take a lot more than a compass and a motorcycle (named Lucifer) for this kick-butting heroine to save everything she loves.
Crystal’s Review: Wow! I sit here in awe after finishing Untraceable. This is by far one of the best books I have read lately. I love a strong female heroine and Grace fits perfectly into that title. The books starts 3 months after her father, a forest ranger, goes missing during a routine patrol. Everyone in town easily accepts the possibility that he drowned while on patrol. Grace seems to be the only person who has not given him up for dead and refuses to stop looking for him until she finds him or finds out what really happened to him. There are so many twists and turns in this book it is hard to keep up. That is one of the things that makes it so great. Every time I thought I had it all figured out something else would happen that would make me rethink my assumption. This story definitely tugged at my heartstrings as I found both Grace and Mo easy to relate to. The world building was marvelous and really helped me to picture some of the perilous situations Grace was in. Every page I read I was hoping to get answers and I was unable to put the book down until the very end. I devoured this book in two days and I will be eagerly awaiting the second book in the series! What are you waiting for?! Go get this book!
Content: Very minor swearing ,Sexual tension, Violence 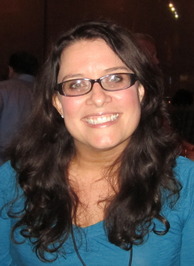 About the Author: When Shelli was younger, she spent all her time outdoors, hiking, camping and living the Girl Scout Way.

Somewhere along the way, she got away from nature and earned an MBA in Marketing, kicking off an 18-year marketing career in Corporate America.

Eventually, Shelli traded in her expensive suits, high heels, and corporate lingo for a family, flip-flops, and her love of writing. She started her own marketing & communications business, www.bilaninc.com, where she worked with Spanx, Goody Hair Products, Chick Filet, and the Boys & Girls Club of America.
In addition to juggling nap schedules and client meetings, Shelli focuses on her writing. She is a frequent speaker on marketing and book publicity at SCBWI conferences across the U.S, and runs a popular book marketing blog, Market My Words.

In her spare time (yeah right!) and if the kids allow (yeah right!), Shelli obsesses over movies, reads children’s books (over and over), and still dreams of sleeping in on the weekends. But most importantly, she is finally getting back to her roots by running her own Girl Scout Troop in Atlanta, helping girls get back to nature.

She currently lives in Atlanta with her dog (Charley), British-accented husband, and the huge imaginations of their little prince and princess that someday will change the world.