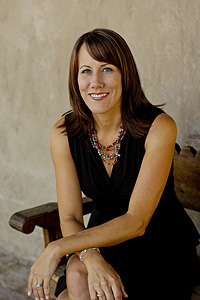 I think it must be very hard to be one of the new young writers who are urged to put themselves forward when it may be the last thing on earth they’d be good at. – Anne Tyler
Writers, you know, are the beggars of Western society. – Octavio Paz
“It’s a difficult fact of the time we live in that writers are expected “to put themselves forward,” to be an artist and businessperson at once. Unless you are well-connected, you must pound the pavement to get your voice heard. On the positive side, modern authors have many choices available. Self-publishing, smaller presses, online communities, writers’ workshops and conferences—all approaches to getting your writing out into the world. Each writer must find her own way. If I had any advice at all, it would be: try everything once, be open to input, and always leave time for reading and writing.
In my path to getting published, I did most of the things everyone does. I queried agents, attended conferences, considered self-publishing. But let me start at the beginning. I attended college later than most, finishing my MA at the age of 30. I wrote in earnest during that time, finishing three novels and many short stories. I sent some of my work out, even had an agent for a short period of time, but nothing came of it. And then I got distracted with the wonderful job of having and caring for four children. A few years ago, when the dust settled and the kids were in school six hours a day, I pulled out my novels and set to work on one that seemed to rise to the top: The Qualities of Wood.
In March of 2010, I posted the novel on authonomy.com, a site run by HarperCollins for unpublished authors. Books are rated accorded to member support and at the end of each month, five books are chosen for the “Editor’s Desk” and receive reviews from a genuine HarperCollins editor. What I found on authonomy was a great group of writers who offered intelligent feedback and much-appreciated support. I tried to keep my head down and eyes focused on my goals, not getting involved in the dramas that can occur on any online community. And in January of 2011, I reached the desk and my novel was sent for review. When I received a very positive review in March, I used choice quotes from it in queries and soon had interest from a few agents. Also around that time, I had an offer from a small publisher. And then HarperCollins called. Authonomy had a new boss, publisher Scott Pack, and coincidentally, he was the editor who had read and reviewed my book. He was looking to start a new HC imprint with books from authonomy, he said, and wanted mine to be the first. Obviously, I politely turned down the small publisher (and even one agent, which I enjoyed slightly) and accepted.
Luck played a part for me, but if I hadn’t been putting myself out there, nothing would have happened. Every writer has to determine what her goals are and be prepared to adjust them along the way. Use the resources out there and have faith in your work. Listen to critics but stay true to yourself. And always, above all else, k eep writing! It’s never too late.”- Author Mary Vensel White
The Qualities 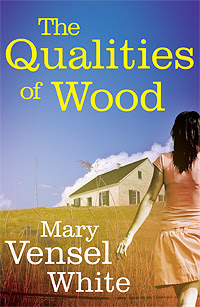 of Wood Book Summary: When Vivian and her husband Nowell are enlisted to prepare his late grandmother’s country home for sale, they decide to take a break from city life. Nowell leaves before his wife to begin work on his second mystery novel and by the time Vivian joins him, a real mystery has begun. A local girl has died in the woods behind the house. The tall line of trees separating the old white house from the thickets and wildlife beyond attracts Vivian, seems to beckon her within. Details begin to emerge about the victim and Vivian becomes enmeshed in the secrets of the girl’s life and final moments. Nowell’s temperamental brother arrives with his new wife and the house gets crowded. A woman who befriends Vivian relays local gossip, including the questionable legacy of the town’s founder, while a neighbor, a striking man with a buried past of his own, keeps appearing at strange moments. Meanwhile, Vivian’s marriage is unraveling as Nowell loses himself in his work and Vivian seeks purpose and ultimately, truth.
Available now from Harper Collins
About the Author: Mary Vensel White was born in Los Angeles and raised in Lancaster, California. She graduated from the University of Denver and lived for five years in Chicago, where she completed an MA in English at DePaul University. She lives in southern California with her husband, four children and two badly trained dogs in a chaotic but happy home. Her husband is an attorney and she is the mom with a book or laptop at the little league game, soccer field or dance studio. The Qualities of Wood is her first novel but she is currently at work on a second, set again in the Midwest, a place that lives and flourishes in her imagination despite her current sunny surroundings. Vensel White is also working on a collection of interrelated stories, a method of writing which the esteemed women of her book club refuse to acknowledge as a novel. Watch for news about these two projects.
Find out more on Facebook/ Twitter/ Goodreads/ Author Website/ Blog