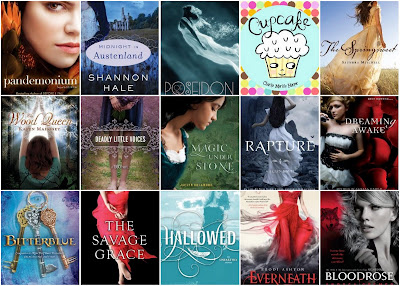 Now that we are close to Christmas and summing up another year I’m making a list of books that I want to read or buy in 2012. So Santa…here is my ultimate wish list! Wish being the key word…

LDS Fiction
To Have or to Hold by Josi Kilpack
Hometown Girl by Michele Ashman Bell
Northanger Alibi by Jenni James
Heart of a Hero by Marie Higgins
Finding Rose by Stephanie Humphreys
Hearts Through Time by Marie Higgins
Winning Mr. Wrong by Marie Higgins
The List – Finding Love Was the Last Thing on Her List by Melanie Jacobson

I would love to trade with you! See my books available post here and if you have any you’d like to swap or take, let me know. Also if you are an author, publisher, blogger who has ARC or blog tours of any of these titles, please direct me. I’d like to hop on board!

What books are you most excited for this year?