Our very First Best I’ve Read book for 2011 is Hourglass by Myra McEntire. We have her here today at AFire and Ice for an exclusive interview and giveaway! 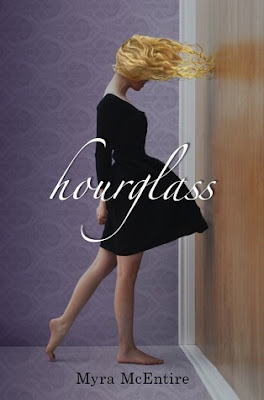 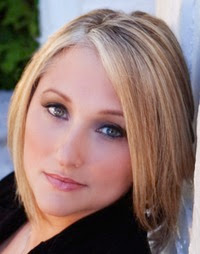 Tell us a little bit about how Hourglass came about and what inspired you. It started as a prompt for a writer’s club, and when I got to the end of the first five pages, I knew I had to go on!

Have you always been interested in time travel? What kind of research did you have to do for Hourglass? I haven’t! Really! I always loved Doctor Who, but I guess I thought of it as more of a crime fighting/alien show. For research, I read a lot of internet articles on scholarly type websites, and then I started watching Through the Wormhole with Morgan Freeman!

Your main character struggles with thinking she is crazy. Does depression or emotional illness play a part in her personality? And what do you hope teens/ readers take away from her experience? Yes, depression totally does. Her humor is a defense mechanism. If a real life person had bounced back the way she did, they’d be super human. I want people to take HOPE away from her story.

Who do you see as the perfect cast members for your main men and women? I really can’t say. I think I’d like all unknowns cast if Fox ever makes the movie! But Ryan Gosling could be anyone. Heck, he could be EM!

What has been the most rewarding part of this whole process of being published? Any other projects works you can tell us about besides book two- Timepiece? I can’t. I have more Hourglass books in my mind, but Egmont bought two. I’m working on a story with the code name Aggie. That’s all I can say!

Favorite all time reads? Snacks? I love cozy mysteries. I can read those without thinking. And right now I have a thing for Peppermint Hershey Kisses!

Who is your hero? My husband. I wouldn’t be where I am without him!

About The Author: Myra McEntire knows the words to every R and B hit of the last decade, but since she lives in the country music capital of America where her lyrical talents go sadly unappreciated, she chose to channel her mad word skills into creating sultry Southern timeslip novels.

But if you catch her at a signing, she can probably be convinced to rap with you anyway. We are giving away one signed copy of Hourglass. To enter click here and fill out the form. Open to U.S. addresses only. No PO boxes. Good Luck and be sure to head over to our home site for another Best I’ve Read Giveaway of Haven by Kristi Cook.

Leave a Reply to Holly