The Rose-colored Memories of Christmases past 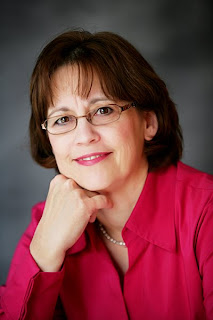 As a mother of seven children—all grown now—I have realized looking back on Christmas family videos that I was always the mere shell of a mother on the couch in the videos, exhausted and pale, sometimes even asleep. If I did rouse up as the children ran through the house in post-present-opening, I’m sure I was begging for fudge or a nap.

From Thanksgiving to Christmas is truly a marathon for women. By Dec. 26th I am always ready to reclaim my house from the holly and mistletoe, pack my Nativity collection away, and get all the gifts in their places. But something happens through the spring and hot and humid summers of Southern Virginia. I love fall and relish every brightly colored, cool moment of it. And, suddenly, when the Christmas decorations start to appear in the stores—usually fall—I start to plan and wonder how I can “do Christmas” again with more meaning and less stress.

A few years ago, I realized that Christmas rush is forgotten and a deep patina of nostalgia makes our Christmases of the past seem so nice and sweet that we commit ourselves once again to craft the “perfect Christmas” for our families.

It’s all about rose-coloredness, a word I believe I have coined.

I learned about rose-coloredness a few years back in an interesting conversation my sister, Paulette, and I had with our mother about a Christmas that we remember as being just about the most perfect one we’ve ever had. Paulette was in the third-grade and I was in the fifth, and we had arrived the first of November at our father’s new duty station in Germany.

After a joyful reunion with him, we had settled into temporary quarters near the small picturesque German town of Idar-Oberstein with its romantic Church in the Rocks up on the mountain we passed frequently.

Here’s how the conversation between my mother; my sister, Paulette; and me (basically) went as we remembered that wonderful Christmas:

Paulette: “Oh, Susan, remember how magical that first Christmas in Germany was? That charming little German town, our first taste of German bread and pastries, and all the snow on the trees and the castle on the mountain?”

Susan: “I do. And remember that was the year that I first heard the song “Silver Bells” and sang it in my school program? And it was the first time I saw Charles Dickens’ “Christmas Carol” performed.”

Paulette: “And we bought everyone those bath oil beads for Christmas. And we put out our shoes on Dec. 6th and someone filled them with candy in the German Christmas tradition.”

Susan: “Really, Paulette, who did that?”

Paulette: “St. Nicholas, of course.”
Once again I believed.

Susan: “And Uncle Alvin and Aunt Rena (who were also stationed in Germany) came to spend Christmas with us.”

At this point, Mother begins to remember.

Mother; “Yeah, and they brought that friend of theirs with them who didn’t have any place to go for Christmas, and he drank too much on Christmas Eve and got sick by the Christmas tree.”
(We turned into a non-alcohol family later.)

Paulette: “No, I don’t remember that.”

Susan: “Me neither. I just remember all the newness of another country and our friends who lived above us and had traveled on the ship across to Germany with us with the little girl who looked like Cindy on the ‘Brady Bunch.’”
(I think that mom really put the candy in the shoes.)

Mother: “You mean that trip where you stayed in bed, Susan, most of the time with extreme seasickness?”

Paulette: “I just remember the movies and the crafts for the kids.”

Mother: “And I was the only one on the ship of thousands who signed up for the ironing board every day.”
Susan: “By the way, Mother, when did we leave and move to permanent quarters in Baumholder where we lived in that cool housing (on the fourth floor with no elevator, this writer interjects) with that big hill we used to sled on?”
Mother: “It was on your father’s and my anniversary, and we had the worst argument in our entire married life.”
Paulette: “No you didn’t, Mother; it was a fun move.”
Mother, snorting: “Hah. Your father tried to pull out the clothes from the closet, and a hanger got caught, and he pulled the whole curtain rod down. He was furious, and I was furious with him. So then we moved and your aunt and uncle came before I could get unpacked, and they brought their friend . . .
(No need to repeat all that. You probably get the picture.)
So Paulette and I retreated and hugged our rose-colored memories close to us. We refuse to remember the move, the clothes, and the friend and still believe St. Nicholas brought us that luscious German chocolate.
Now I am the mother, who can totally destroy my kids’ memories of times past with a healthy dose of reality, if I choose to. But I don’t.
I realized years ago, however, to be grateful for the rose-colored memories. Now I look back on the Christmases when my kids were young and so excited about Christmas and think how wonderful those days were. My children who are parents now will begin to experience the rush and the stress. But about the beginning of November, it will all be forgotten and they’ll be excited when they see the wreaths begin to appear in the stores.
Thank goodness for the rose-coloredness of it all.