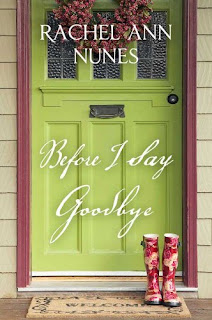 After a twenty-year absence, Rikki Crockett has come home to Utah, to the same house where she grew up. When she left, she was young, hurt, and angry—abandoned by her parents and her best friend. She’d vowed never to return, but when the worst happens, home is the only place she might still find a future for her two children—a rebellious teenage girl and a sweet little boy with a learning disability. To do that, she must turn to her former best friend, Dante Rushton, and hope that he can be her hero one final time. Before I Say Good-Bye is a tender story about choices, about family, and about a woman who makes peace with her past and discovers the last and greatest hope of all.

The first thing I think is absolutely perfect about this book is the cover. I love the image and colors for a Fall lay down date in stores. The second thing Before I say Goodbye has going for it is that it made me cry. Which is no small task…it takes a lot to make me cry. This one is a tear jerker. Rikki Crockett has returned to her childhood home with a teenage daughter and young son in tow. With both of her parents gone and a sure but sad future ahead of her she is seeking out her best childhood friend Dante, now married and Bishop of the local church. Each person in these two families is impacted as past meets present. Beth, Dante’s wife is suspicious of why Rikki would show up again after all these years, Dante is wary to get emotionally involved on top of his ever present responsibilities as leader and father.

Told from several different perspectives, Before I Say Goodbye is a slow moving character driven story. At times I struggled with the slowness and monotony of the storyline. Rikki, main character is one I couldn’t very well identify with either. She reminded me of some of the same gypsy like protagonists Nunes has used in her Autumn Rain novels and for some reason there is always an emotional disconnect for me there. But the amazing part is that I had a complete turn around my the conclusion of the book and found myself in tears. While the cynical part of me has a hard time believing there are families out there like Dante and Becca I know there are. There are those also in a church group who would swoop in and offer service when needed. Before I Say Goodbye offers hope to struggling families and those mourning loss. I would recommend it as a clean read for ages 16 and older only because the writing and theme feels more adult. Nunes shows the power one or two people can have on other people’s lives and gracefully portrays the final months of someone with terminal illness. Thanks so much to Desert Book for the inspiring read! 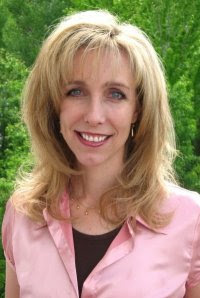 About the Author: Rachel Ann Nunes learned to read when she was four, beginning a lifetime fascination with the written word. She avidly devoured books then and still reads everything she can lay hands on, from children’s stories to science articles. She began writing in the seventh grade and is now the author of thirty published books, including the popular Ariana series, the Autumn Rain series, and the picture book Daughter of a King. Her picture book The Secret of the King was chosen in Utah by the Governor’s Commission on Literacy to be awarded to all Utah grade schools as part of the Read With A Child For 20 Minutes Per Day program.

Her novels The Independence Club (2007), Fields of Home (2008) and Imprints, An Autumn Rain Novel (2010) were chosen as finalists for a Whitney Award. Some other recent titles are Saving Madeline and Eyes of a Stranger. Rachel’s work ranges from romance and suspense to women’s fiction and family drama.

Rachel and her husband, TJ, have seven children and live in Utah. She writes Monday through Friday in a home office, taking frequent breaks to build Lego towers, help with homework, or to indulge in her latest hobby of teasing the teenagers.

Rachel’s latest novel is Before I Say Goodbye, released in Sept 2011. Final Call, An Autumn Rain Novel, the third book in her paranormal romance series, will be out in February 2012.

One Response to “Book Review- Before I Say Goodbye”