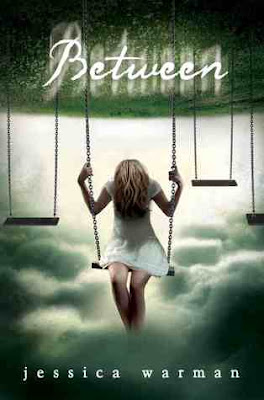 Elizabeth Valchar — pretty, popular and rich — wakes up the morning after her 18th birthday on the yacht where she’d been celebrating with her closest friends. A persistent thumping noise has roused her. When she goes to investigate, she finds her own drowned body is hitting the side of the boat. Liz is dead. She has no memory of what happened to her, and can only observe in horror the fallout of her death.

She’s also soon joined by Alex Berg, a quiet boy from her high school who was killed by a hit-and-run driver. The two keep each other company, floating in and out of memories and trying to piece together the details of what happened to each of them.

In her regular life, Liz was a runner. It wasn’t abnormal for her to run 8-10 miles per day. But as memories from closer to her death begin to surface, Liz finds that she’d been running much more than normal, and that she’d all but stopped eating. Liz’s mother, who died when Liz was nine, had battled with anorexia as well, and those around her worried that Liz was following in her mother’s footsteps. But something more sinister was consuming Liz from the inside out…

JESSICA WARMAN is also the author of Breathless, which received three starred reviews and was an ALA Best Book for Young Adults, and Where the Truth Lies. The idea for Between came from an incident in her childhood, when a local boy went missing after a party on a yacht (he was eventually found, alive). Visit her online at www.jessicawarman.com

To celebrate the book birthday of Between Fire and Ice is giving away one advanced reading copy to our readers. Fill out this form to enter. Must be 16 or older with a US mailing address.