Our fifth auction for Japan relief is a bundle of three ebooks donated by author Danielle Thorne. 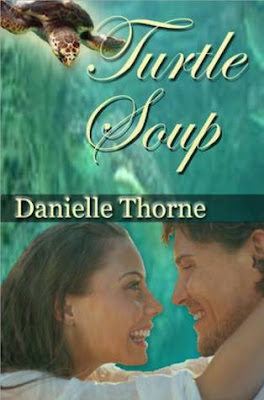 Turtle Soup
Sea turtles may be endangered but after an encounter with marine biologist, Jack Brandon, nothing will stop Sara Hart from naming her deli Turtle Soup. When Jack takes a job at the nearby Georgia Aquarium, Sara finds the environmental poster boy at her door, hungry and carrying a chip on his shoulder. Neither thinks the other has what it takes, until a scuba class reveals what lies beneath the surface. It will take food, friends, and a little help from Mother Nature, to help them see that making a difference isn’t all numbers and glory. It must begin with love 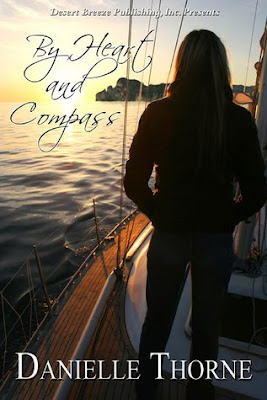 By Heart and Compass
When Lacey Whitman buys a restored Victorian home, she never dreams discovering an antique diary will lead her back to sea and into the arms of the dive bum she’d rather forget. Her habit of living in the past comes to a screeching halt as diver Max Bertrand and the diary of his ancestor take Lacey on the quest of a lifetime: To discover and raise the privateer ship, Specter, and bring the treasure and legacy of a true hero home again. But will finding it cost her heart? 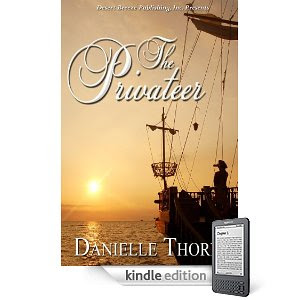 The Privateer
The reign of piracy is over in the Caribbean, or so it’s believed until diamonds are discovered in Brazil. Despite the cover-up, Captain Julius Bertrand begins to hear whispers. The Spanish guardacostas are dumping log books, and a new French pirate is on the prowl. Distracted by an avaricious woman he could never love, and the beautiful Kate O’Connell who doesn’t need him, he tries to untangle the web of mysterious cargo someone in the New World wants kept secret. When Bertrand’s pirating past returns with the explosive force of a sweeping broadside, he finds he must sacrifice everything his respectable life has brought him, in order to save what matters most.

Place your bid by leaving a comment with the amount you are willing to pay for this ebook bundle. Auction ends April 27, 2011 and 100% of the proceeds go to Japan relief.

One Response to “Books For JAPAN #5- Danielle Thorne Bundle”