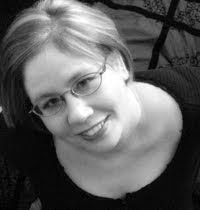 Bio: A screenwriter and author, Saundra Mitchell penned the screenplays for the Fresh Films and Girls in the Director’s Chair short film series. Now an executive producer and head writer for the programs, she mentors young screenwriters from first page to production.

Her short story “Ready to Wear” was nominated for a Pushcart Prize, and her first feature film, Revenge Ends, debuted on the festival circuit in 2008. Her debut novel, SHADOWED SUMMER, won The Society of Midland Authors Book Award for Children’s Fiction, was a 2010 Edgar® Award Nominee, a VOYA Summer Reading selection, a Junior Library Guild selection, and an ALAN Pick in 2009. You can find out more about that novel here.

In her free time, she enjoys studying history, papermaking, and spending time with her husband and her two children. She lives in Indianapolis and welcomes you to visit her on the Web at http://www.saundramitchell.com/ 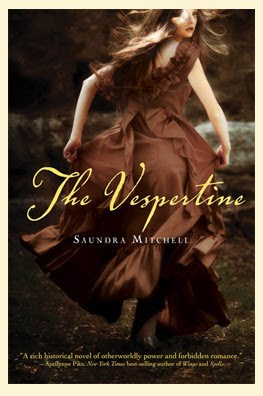 Give us a quick blurb about The Vespertine.
The Vespertine is about a girl who sees the future in the fires of sunset, a boy with a mysterious ability of his own, and the moment their worlds collide.

What drove you to Baltimore as the main setting? I love Baltimore! It’s an amazing city, with an amazing history. Enoch Pratt founded the first free library there; it was the working heart of the eastern seaboard for several centuries. The B in the B&O railroad stands for Baltimore!

And I wanted to write about a city where readers wouldn’t know what to expect from this time period. New York City, New Orleans, London- we have in built-in expectations for these places. But I wanted to write a book about middle-class girls, who had options: family, college, careers. I wanted them to live in a city where classes and races and genders mixed more freely. Baltimore has had a robust, integrated middle class for three hundred years- it was exactly the right place for this book!

Tell us a little bit about the world of 1889 and Victorian courtship…For middle-class girls, it was a lot like it is for teens today: going to school, and hanging out with groups of friends. Most went to school up to 8th grade at least, and they were starting to add high school to the mix by 1889. And because they were middle-class girls, they could escort each other. Which meant if they wanted to ride the cable car or a hansom cab into town to catch a show, or go to the library, or practice archery in the park, they could.

But teens then were more likely to host dinner parties, which didn’t usually get started until 8 or later. Then after dinner, everyone would stay a few hours to play games. Blind Man’s Bluff was a popular one, and there were kissing games, of course. Dances for the middle class were public affairs: pay your quarter, and anyone properly dressed could attend.

The real difference is in communication. Today it’s easy to text someone to see if they want to go to the movies. In 1889, you walked from friend’s house to friend’s house during morning calling hours, leaving cards, receiving cards, and making plans in person. If someone left their card inviting you to visit, you could drop by during visiting hours- usually tea time, before dinner. If you left your card, you’d better be home at tea-time, in case anyone comes to see you!
Because they weren’t building empires, middle-class teens in the 1880s had the luxury of hanging out together, getting to know each other, and falling in love. They had the option of going to work or to college, which means they got to date. They went to concerts and shows, for walks in the park, to fairs and carnivals- just like today! The main difference between courtship then and courtship now is that marriages came a bit earlier. But not crazily so– the median age for girls marrying in 1889 was 22 years old; the median age now is 26!

How long did it take you to complete The Vespertine and where did the inspiration come from? I had a lot of false starts on this book. I tried writing a version set in contemporary southern Indiana, didn’t work. Another set in a New England boarding school, also didn’t work. I was beginning to think that the idea- a girl who could see the future at sunset- was neat, but never going to happen!

Then my best friend and I sat down to watch a new adaptation of Wuthering Heights on PBS, the one starring Tom Hardy as Heathcliff. But I was fascinated by Burn Gorman as Hindley. When he was angry, he completely lost it. It was incredible, and terrifying! And during one scene when his character was raging away, I thought to myself, “Man, that’s a guy who would totally lock his sister in an attic.”

It was a stray thought, had nothing to do with what was happening! But it stuck with me, and eventually that became the opening scene for The Vespertine: a furious August van den Broek locking his crazy sister in the attic. Once I had that down, the book poured out of me. The first draft took me six weeks to write. It was delirious, and exhausting and amazing. I had so much fun.

Then it took a year and then some to properly edit, which was slightly less exciting, but had to be done! 🙂

What research went into the book and can you give us any little known facts or extras about it? That’s a very straightforward question, but my answer is oddly complicated. I used to write fan fiction for a show set in Baltimore. During those years, I did a ton of research about Baltimore, because I was writing about police, and neighborhoods, and I had t0 know my way around. It’s funny– when I got to Baltimore for the first time, I really did know my way around. I could give directions.

Then later, I wrote several stories set in Gilded-Age America. One was set in New York, and because I knew it so well, Baltimore! I ended up doing quite a bit of research then- reading newspapers from the period, looking at photographs at the Maryland Historical Society and the Library of Congress, stuff like that. So I had Baltimore, and 1880s Baltimore, already in my head when I sat down to write The Vespertine. 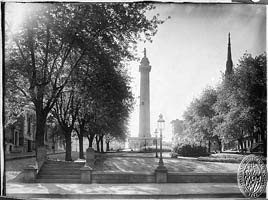 The research I did specifically for this book was really focused on the household, and women in society in this time period. I read Mrs. Beeton’s Household Book, and studied vintage Harper’s Bazar collections for the clothes. I researched the food, the public dances, the schooling system– everything I needed to know, to round out Amelia and Zora’s world.

As for extras– it’s a bit silly, but it amused me so: the dinner party that Zora has in the beginning of the book? All of the table settings are local and seasonal to Baltimore. All of the food is local and seasonal to Baltimore. And all of the dishes come straight out of Mrs. Beeton’s period guide to dinner parties. So if you were invited to dinner in April, 1889 in Baltimore, there’s a good chance you could have had exactly the meal these characters do! 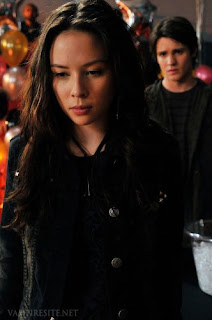 Who do you picture playing Ameila, Zora, Nathanial and Thomas? I’d really love it if everyone could picture their own cast, because who I see is not necessarily who readers will see. But in my head, Amelia is played by Malese Jow, Nathaniel is played by Ed Westwick, Zora is played by Kristen Stewart, and Thomas is played by Zac Efron. Sarah is Katerina Graham, August is Burn Gorman; an actor never appeared for Mattie- I wonder why…?

Do you have any writing munchies or rituals? I like to clean my desk off completely before I start a book. And I do like to have something to drink. Other than that, it’s me and the word processor. Sometimes I make a playlist, but that’s more for the last 2/3 of a book. I have to think to get the exposition down in the first 1/3, and everything from music to the carbonation bubbling in my Coke can distracts me.

What works would you recommend to our readers? Favorite books/ authors? Oh man, I could write a novel about books and authors I love! I love Malinda Lo’s ASH and I am so looking forward to HUNTRESS coming out this year. Sarah MacLean’s THE SEASON is wonderful YA regency, Carrie Ryan is finishing her trilogy with THE DARK AND HOLLOW PLACES this year, which is awesome. Actually, so is Sarah Rees Brennan with THE DEMON’S SURRENDER, and Aprilynne Pike’s series is getting a new installment in ILLUSIONS.

But if you’re looking for my fave historicals, I have a whole page dedicated to them on The Vespertine website! A GREAT AND TERRIBLE BEAUTY by Libba Bray, WILDTHORN by Jane Eagland, THE REVENANT by Sonia Gensler, oh, I could go on and on. Which is why I have a whole page of them. And now I’m going to stop because like I said– I will seriously be here all day, otherwise! (SISTERS RED! TANTALIZE! HOURGLASS!)

Which scene was your favorite to write and which was the most challenging? This book was the smoothest writing experience I’ve ever had, probably a once in a lifetime experience. It went by in a blur of glee, it really did. I honestly enjoyed writing every bit of it. I just love, love, love this book! I want to hug it and pet it and squeeze it and call it George!

But most challenging was probably writing the visions. I wanted them to be dreamy and otherworldly, but I didn’t want people to be confused. I had to make sure that readers could tell the difference between vision and real life, but I also wanted them to experience how jolting and odd it was for Amelia. So those sections, I had to edit quite a bit to strike that balance.

What element do you think you best represent and why? Probably fire. I have a temper, I totally freak out over stuff, but it’s pretty easy to put me out with a bucket of water. Thank you so much for having me!!

Thank you Saundra for visiting our site! Watch for our review of The Vespertine plus a swag giveaway coming on Monday.