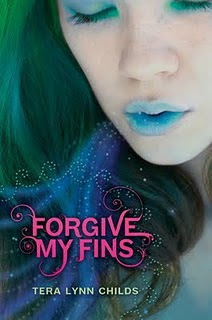 Lily Sanderson has a secret, and it’s not that she has a huge crush on gorgeous swimming god Brody Bennett, who makes her heart beat flipper-fast. Unrequited love is hard enough when you’re a normal teenage girl, but when you’re half human, half mermaid like Lily, there’s no such thing as a simple crush.

Lily’s mermaid identity is a secret that can’t get out, since she’s not just any mermaid – she’s a Thalassinian princess. When Lily found out three years ago that her mother was actually a human, she finally realized why she didn’t feel quite at home in Thalassinia, and she’s been living on land and going to Seaview high school ever since, hoping to find where she truly belongs. Sure, land has its problems – like her obnoxious, biker boy neighbor Quince Fletcher – but it has that one major perk – Brody. The problem is, mermaids aren’t really the casual dating type – when they “bond,” it’s for life.

When Lily’s attempt to win Brody’s love leads to a tsunami-sized case of mistaken identity, she is in for a tidal wave of relationship drama, and she finds out, quick as a tailfin flick, that happily-ever-after never sails quite as smoothly as you planned.

Forgive My Fins made it on to my very favorite reads of 2010. It’s a splashtastic fun read that earned 5 stars from Fire and Ice. Here’s what author Tera Lynn Childs had to say in our exclusive interview… 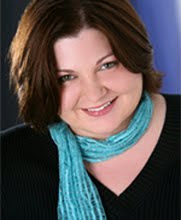 Forgive My Fins is about Mermaids, what drove you to write about them?
I’ve dreamed of being a mermaid since I saw the movie Splash in elementary school. I was a competitive swimmer growing up and I love the water in all forms. It was a combination of those things and a summer in Florida spent wishing I were a mermaid that inspired my mermaid stories.

If you could have bonded with someone as Lily did who would it be and why?
As a single girl, that’s a tricky question, isn’t it? But my crush du jour is Brian J. Smith from Stargate: Universe. He’s actually the guy I have in mind for Thane, one of the boys in my upcoming Medusa girls trilogy. Besides being easy on the eyes, he’s a Juilliard grad, which means he’s got real acting chops. Talent is oh-so-attractive.

What other books have you written? And is there a sequel to any in the works?
Forgive My Fins is my third published book. My first two, Oh. My. Gods. and Goddess Boot Camp, were about a cross-country-running California girl uprooted to a tiny Greek island and trying to fit in at a school for the descendants of the gods. No more books are currently planned for that series. Fins Are Forever, the sequel to Forgive My Fins, will be out in June and I have a new trilogy starting in October about monster-hunting triplet descendants of Medusa.

Favorite Mermaid items on etsy, cause we know you shop there…
I bought my editor an adorable mermaid dish (http://www.etsy.com/transaction/19980626) and I love the mermaid Scrabble tile necklaces. I’ve bought a few for giveaways. But I actually haven’t bought myself any mermaid gear from Etsy. It’s probably about time.

Where and who would you cast for Forgive my Fins?
Well, I would set Forgive My Fins in South Florida, in a small Atlantic town with a beautiful beach. As for an ideal cast … I’m not so sure. The images in my mind as I wrote the book were Shakira (as Lily), Eric Dane (as Quince), and Brody Jenner (as Brody). But they aren’t exactly right for the roles. I’m open to suggestions.

Favorite munchie?
I go in phases. Recently it was cotton candy, for a while it was Oreos. Right now, because it’s the holiday season, I’m going to have to say my mom’s Nuts and Bolts. It’s like Chex Mix, made with all kinds of Chex, Cheerios and pretzel sticks. Drizzled with melted (vegan) butter, Worcestershire sauce (unfortunately not vegan), thyme and beau monde spice. Baked and stirred for a couple hours. It’s my favorite Christmas-time midnight snack.

Read our five star review Of Forgive My Fins at http://fireandicereads.com/2010/11/forgive-my-fins-by-tera-lynn-childs.html

Be sure to enter our related International Etsy shop giveaways for a mermaid bookmark and blue sand dollar necklace on the right sidebar. Or stop by our Siren shop on Etsy for more mermaid gifts!

We are giving away one copy of Forgive My Fins donated by Tera Lynn Childs to US residents as a part of BIR2010. Enter here.