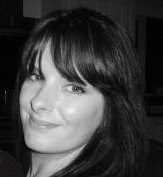 What books or legends did you pull from that inspired Shades of Atlantis?

Because I’m Irish I’ve been immersed in the Celtic legends mentioned in Shades of Atlantis my whole life, we learned about this stuff in school. It’s part of my history and identity. Shades in terms of the book can be colors but it can also mean ghosts, in this case ghosts of the past or history. For centuries books have mentioned Ireland as a possible location for Atlantis. Where I live the local park is built on land that was once under water and was reclaimed from the sea.

Have you visited or lived in any of the settings in the book? Why did you pick the places you wrote about?

The only setting I’ve never been to is Camden, Maine. The Hill of Tara in County Meath, my first inspiration, is one of my favorite places in the entire world. The site was built circa 3200 B.C. Tara is said to be 600 years older than the pyramids of Giza and 1000 years more ancient than Stonehenge. Camden, Maine, in America, Triona’s hometown, is a beautiful town that had the perfect look and feel I wanted for Triona. It is south of a town called Belfast. Dublin, Ireland, which is another location, is also south of Belfast. Clerkenwell, London, in England, was chosen because it is located near Camden in London. Oxford, England, is northeast of London as The Hill of Tara is northeast of Dublin. 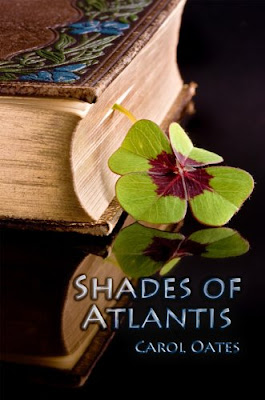 Where did the idea for your book first originate?
I started writing Shades of Atlantis years ago. My brother moved to County Cavan and I started travelling past the Hill of Tara on a regular basis to visit. It’s always been one of the fascinating places in the world to me. At the time construction work was getting underway for a new motorway that would eventually cut into the ancient site. I was saddened by the fact future generations would never get to experience Tara in the same way I had as a child and decided to revisit with some of the old histories I learned about in school. The story seemed to take on a life of it’s own soon after.

Any books you consider a must read?

Far too many, Practical Magic by Alice Hoffman is my all time favorite, The curious incident of the dog in the night time by Mark Haddon and The Princess Bride.

The Princess Bride, I could watch it over and over.

What music do you imagine playing through the story?

There is a playlist on my website and Youtube site. They are mostly songs I found much later as I was editing.

Create a playlist at MixPod.com

I think Caleb comes off as being very confident, but he’s really not. He’s terribly unsure of himself and his path in life. He is a little jaded at the beginning of the story. He is rules by his passions and it’s a constant struggle for him to remain in control, but there is nothing he wouldn’t do for Triona.

Right from the beginning John is unwavering in what he wants and he is more mature despite Caleb being older. He is not as inclined to panic when things go wrong as Caleb is and like Triona finds it hard to believe in the supernatural.

Any plans for a sequel or upcoming books in the works?

Book two is well under way with a working title, Shades of Avalon. I am constantly writing and have several projects in the works. It’s a case of watch this space at the moment.

Is there meaning behind any of the names you chose for your characters?

Triona’s name is explained in SoA but I can’t give it away without dropping a big spoiler. Eila is a variation of my mum’s name since like Eila she was a strong woman and it was impossible to lie to her.

If readers want to learn more about the legends and faery lore in your book where would you recommend they look?

The Celtic mythology from Shades of Atlantis is all freely and widely available on the internet or your local Library and is very easy to find. I have barely scratched the surface.

Who would you cast for your characters? Or do you have photos/ links of what you think they look like?

My blog has pictures for Caleb, John, Triona and Ben. Although I was watching The Hole recently and the lead actor in that would make a pretty perfect Ben too.

Thank you so much to Carol for joining us and answering our interview questions!

You can find her website at http://www.caroloates.com/ and her Goodreads profile at http://www.goodreads.com/author/show/3988619.Carol_Oates If you would like to read another interview with the author check her Publisher’s page at Omnific.

Leave a Reply to Mithee (The Deranged Book Lovers)