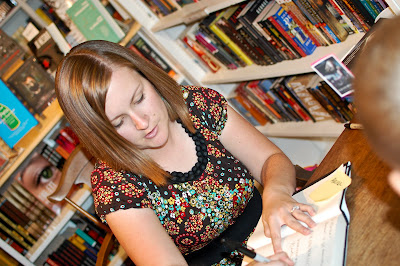 Happy Monday everybody! I have been reading up a storm and have a ton of reviews to write but first a post about the weekend. Saturday I went to the Paranormalcy book signing at the King’s English bookstore with Kiersten White. She is originally from Utah so it was fun to have her introduce some of her friends from her very own High school days, two of whom inspired a scene from Paranormalcy about being blond and needing to wear mascara. During the question and answer session we learned:

Kiersten has a super fun and bubbly personality. It was so fun to meet her and she even tweeted all of us who came to thank us. 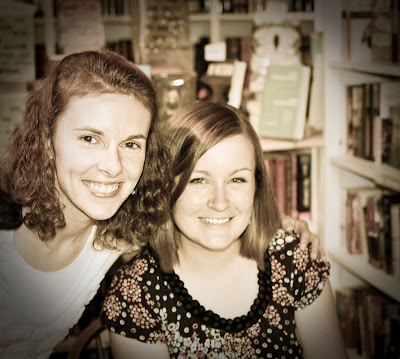 There were at least 20 Utah authors including Emily Wing Smith, Sheralynn Pratt, Bree Despain, Nichole Giles in attendance. And we spotted two other Utah book bloggers : Cranberryfries and Emsreadingroom. Thanks to The Kings English for having such well planned events! 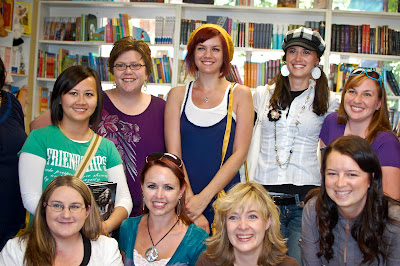 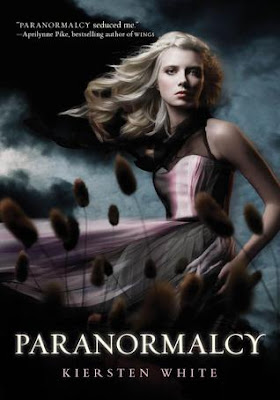 Just for our blog followers (old and new) we are giving away an author signed hardback copy of Paranormalcy to U.S. readers. Please fill in the form here

6 Responses to “Paranormalcy Signing and Giveaway”