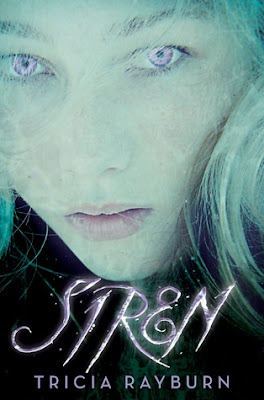 Today’s Author Interview is with Tricia Rayburn as a part of her blog tour for the book SIREN hosted by Hooked on YA books.

Where did the inspiration from Siren come from? Siren was inspired by my recently developed fear of all creatures of the deep. I grew up swimming in the Long Island Sound, but for some reason, I now won’t go deeper than my knees in any natural body of water. I’m too afraid of jellyfish, crabs, sharks, you name it! This made me think about what else might be lurking beneath the surface, and Siren grew from there.

Have you ever been to a place that reminds you of Winter Harbor? Yes! I’ve actually never been to Winter Harbor, which is a real town in Maine, but I imagined much of it to look like various places I’ve visited in New Hampshire. The lake Vanessa’s family has a house on, for example, was based on Lake Kanasatka, where my family and I have spent quite a bit of time.

Any swoon worthy men that inspired the two main men in the book Siren? Simon’s a conglomerate of every smart, sweet, somewhat shy boy I’ve ever known—because those were the ones I was always drawn to, which made Simon that much more fun to write!

What are your favorite treats/ munchies? Writing in the summer months is always easier with iced coffee or some other cold drink nearby. When the weather cools that will probably change to hot tea or, even better, hot chocolate!

Thanks so much to Tricia for stopping by our site and answering our interview!

To learn more about Tricia, go to her blog at http://triciarayburn.blogspot.com/ 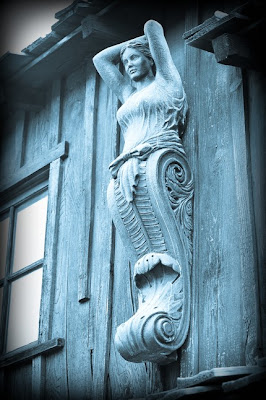 And be sure to comment on this post and the interview for a chance to win a custom Mermaid lego girl from Etsy seller The Beach Gnome: http://fireandicereads.com/2010/06/custom-mermaid-lego.html