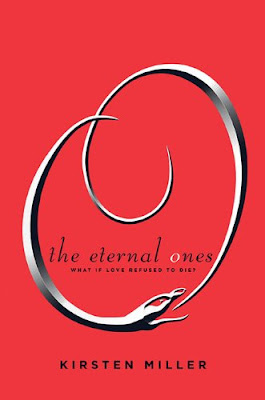 Haven Moore can’t control her visions of a past with a boy called Ethan, and a life in New York that ended in fiery tragedy. In our present, she designs beautiful dresses for her classmates with her best friend Beau. Dressmaking keeps her sane, since she lives with her widowed and heartbroken mother in her tyrannical grandmother’s house in Snope City, a tiny town in Tennessee. Then an impossible group of coincidences conspire to force her to flee to New York, to discover who she is, and who she was.

In New York, Haven meets Iain Morrow and is swept into an epic love affair that feels both deeply fated and terribly dangerous. Iain is suspected of murdering a rock star and Haven wonders, could he have murdered her in a past life? She visits the Ouroboros Society and discovers a murky world of reincarnation that stretches across millennia. Haven must discover the secrets hidden in her past lives, and loves¸ before all is lost and the cycle begins again.

This is a really tricky review for me to write because I had a hard time figuring out why this book stuck with me so much. It’s been several days since I finished reading it and it has been with me the entire time, even while reading two other books. I won The Eternal Ones in an ARC giveaway and when I first picked it up I almost stopped reading after the first few pages. Everything was too “in your face” for me…the best friend, the naivity of Haven, the contant sexual talk, near nudity and her grandmother’s personality. As a whole, the book read more like an adult book for me rather than a YA book. There was too much mature content as filler. I kept picturing the characters as older that High School even though the author tries to fir them into that age group. I don’t picture 17 year olds getting married, traveling to Italy or being involved in a murder trial with a 900 year old attorney. However, since the premise of the book is that the characters are really older and reincarnated I suppose it may work.
All of this aside, I must say I really loved the book. It spoke to me. I soaked in the settings, lived the history, the mystery and the main protagonists. Still scratching my head about what to say but I give it four stars because it is rare that a book stays with me so long and deep after I close the pages.
Anyone else want to give it a whirl and converse? Send me an email to join the ARC tour!

One Response to “Book Review- The Eternal Ones by Kirsten Miller”