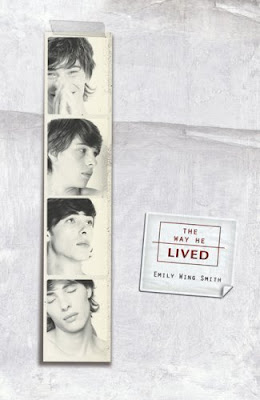 When sixteen-year-old Joel Espen dies of thirst on a Boy Scout hiking trip, it shakes the small town of Haven, Utah to its socially conformist foundation. And the six teens who were closest to Joel start to view their community–and themselves–in a new light.

From Amazon
With his uncanny sensitivity and boundless heart, Joel made people love him. Now that he’s gone, the ones he left behind are coping with their immense loss. His older, “crazy” sister pours her grief into a blog, while his younger sister runs away to New York. One friend is consumed by anger and revenge, while another discovers who she really is. Two learn to be true to their hearts–and all question who they are and what they’ve become.

Told from six heartbreaking perspectives on love, loss, and faith, this is the poignant story of how the life–and death–of one teen can have a profound effect on the lives of many.

When sixteen-year-old Joel Espen dies of thirst on a Boy Scout hiking trip, it shakes the small town of Haven, Utah to its socially conformist foundation. And the six teens who were closest to Joel start to view their community–and themselves–in a new light.

I first met Emily at the Beautiful Creatures release party and what struck my how outgoing and welcoming she was. A couple of days later we ran into each other at the local craft store. Since then it seems we run into each other a lot! She is part of a group of local writers called “The Six” who support each other’s events and signings. After meeting Emily I really wanted to read her book. I bought a copy at last weekend’s Authorpalooza, then sat down to finish it in 24 hours.

What intrigued me about the story is that it is written from six different points of view. Emily leaves questions swirling in your head after reading bits and pieces of Joel’s life told from others’ perspectives. The book seeps into your veins. I lost a couple of very close friends to accidents in High School so I related to the hole that someone leaves when they die, and the empty ache as well as the wondering. I give it four stars for handling a tough subject in a captivating manner. I am excited to read her second book.

3 Responses to “The Way He Lived by Emily Wing Smith”